Large bond speculators increased their bullish net positions in the markets this week, according to the latest Commitment of Traders (COT) data released by the Commodity Futures Trading Commission (CFTC) on Friday. 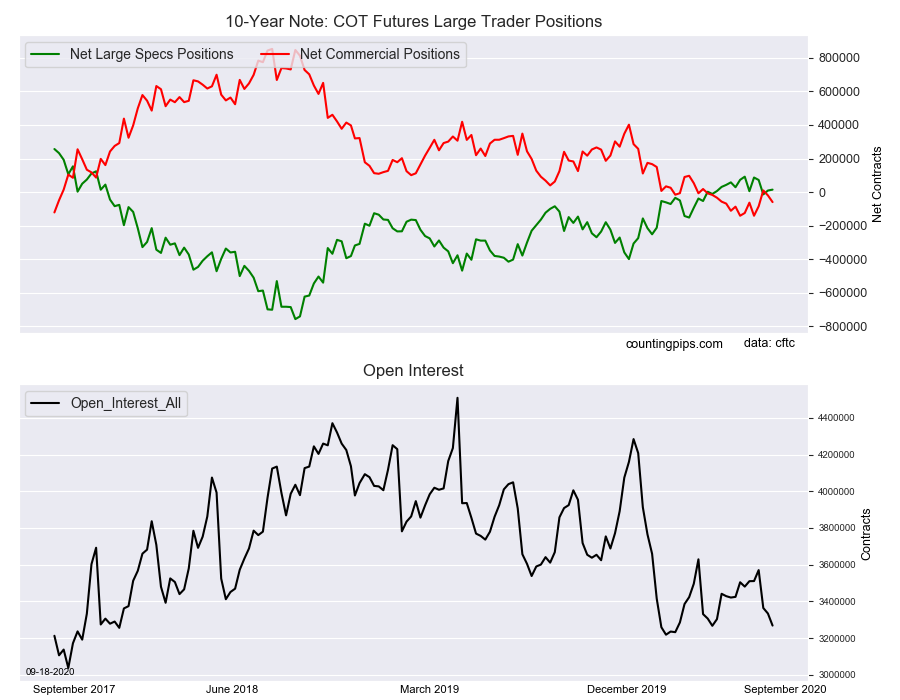 The non-commercial futures contracts of 10-Year Note futures, traded by large speculators and hedge funds, totaled a net position of 14,777 contracts in the data reported through Tuesday September 15th. This was a weekly increase of 5,270 net contracts from the previous week which had a total of 9,507 net contracts.

The 10-Year Note speculative position rose this week for a second consecutive week and edged the current bullish sentiment a little higher. The standing for the 10-Year has hovered in and out of a small bullish position over the last fifteen weeks after having been in a bearish position for the previous one-hundred and twenty-nine straight weeks, dating back to December of 2017. Since June 9th, the speculator position has been positive or bullish for thirteen out of the last fifteen weeks but remains just out of negative territory at +14,777 contracts this week.

The commercial traders’ position, hedgers or traders engaged in buying and selling for business purposes, totaled a net position of -59,356 contracts on the week. This was a weekly decline of -39,607 contracts from the total net of -19,749 contracts reported the previous week. 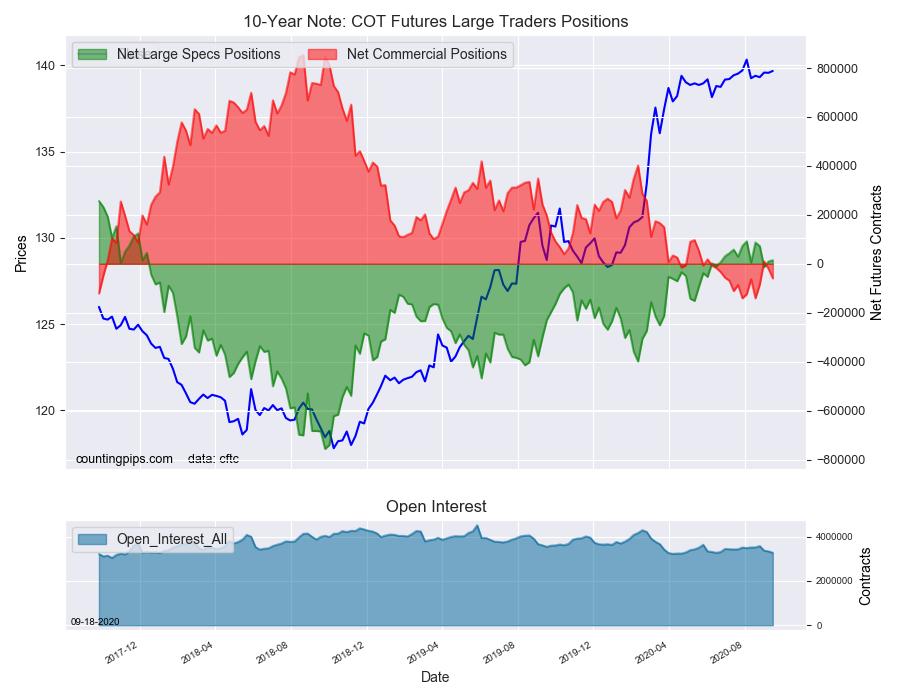 Over the same weekly reporting time-frame, from Tuesday to Tuesday, the 10-Year Note Futures (Front Month) closed at approximately $139.67 which was a boost of $0.10 from the previous close of $139.56, according to unofficial market data.