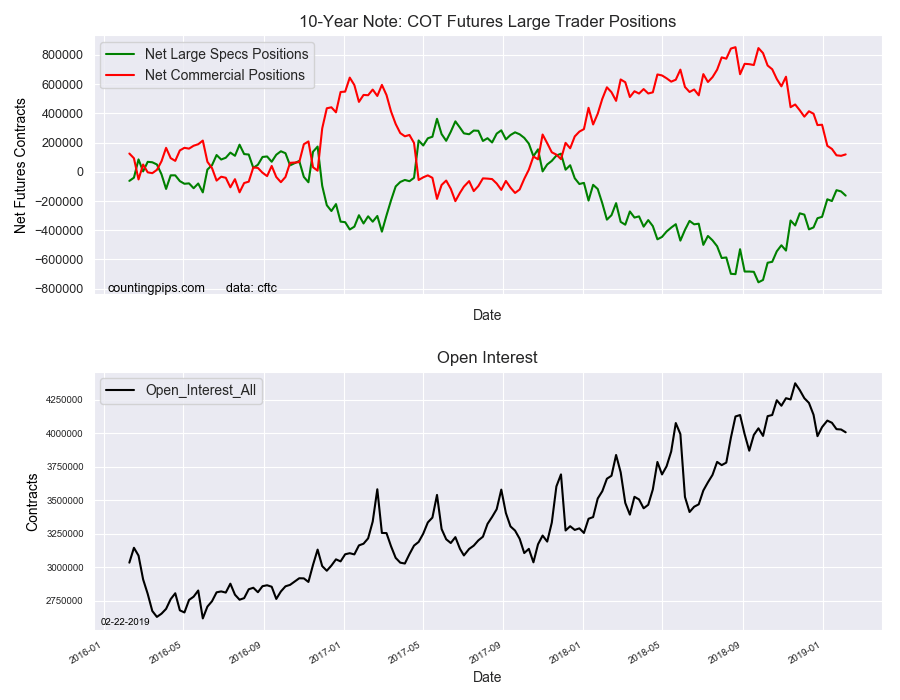 Large bond speculators raised their bearish net positions in the markets in February, according to the latest Commitment of Traders (COT) data released by the Commodity Futures Trading Commission (CFTC) on Friday.

This latest COT data is from early February due to the government shutdown which suspended the releases for approximately a month. The CFTC is releasing data on Tuesdays and Fridays going forward until the data is back up to date.

The non-commercial futures contracts of 10-Year Note futures, traded by large speculators and hedge funds, totaled a net position of -162,950 contracts in the data reported through Tuesday, February 5th. This was a weekly change of -28,503 net contracts from the previous week which had a total of -134,447 net contracts.

The speculative net position saw increasing bearish bets for two straight weeks into February 5th after sharp declines in the previous two months. The overall standing for speculators continued to be under the -200,000 net contract level for the third straight week.

The commercial traders position, hedgers or traders engaged in buying and selling for business purposes, totaled a net position of 119,063 contracts on the week. This was a weekly increase of 9,749 contracts from the total net of 109,314 contracts reported the previous week. 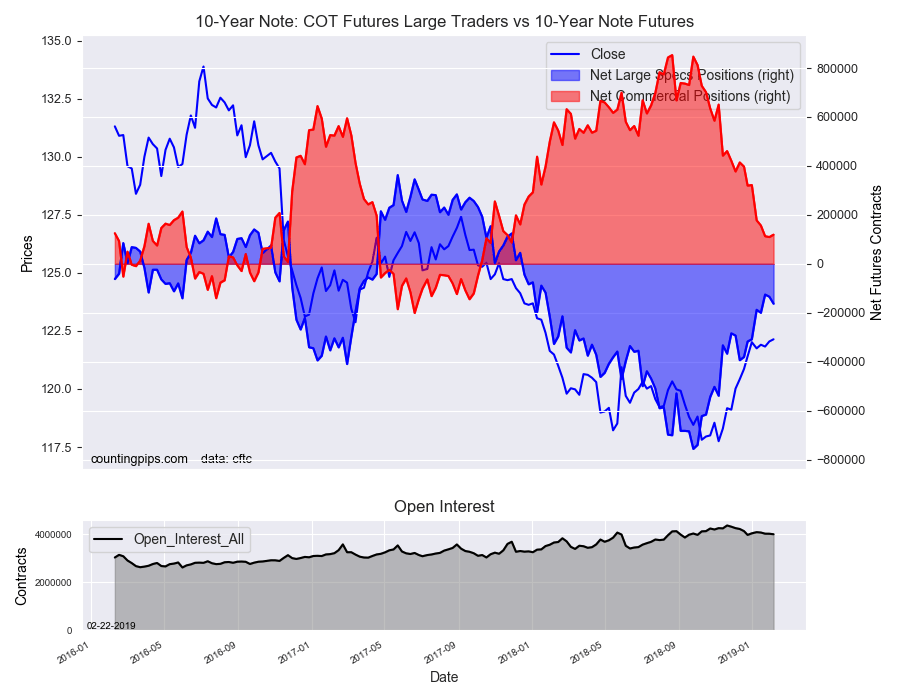 Over the same weekly reporting time-frame, from Tuesday to Tuesday, the 10-Year Note Futures (Front Month) closed at approximately $122.14 which was a rise of $0.10 from the previous close of $122.04, according to unofficial market data.