Large bond speculators decreased their bullish net positions in the markets this week, according to the latest Commitment of Traders (COT) data released by the Commodity Futures Trading Commission (CFTC) on Friday. 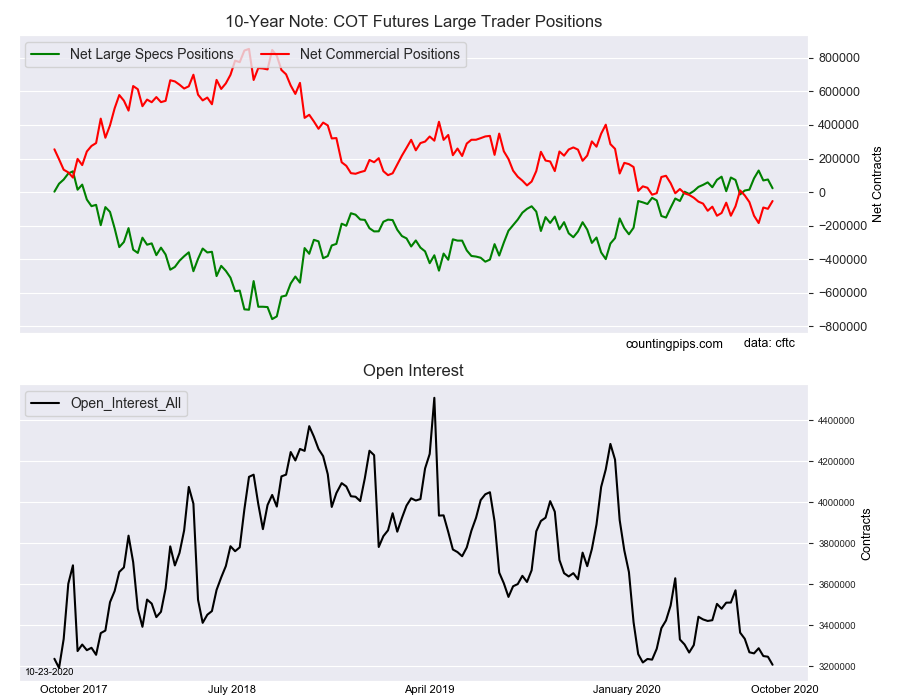 The non-commercial futures contracts of 10-Year Note futures, traded by large speculators and hedge funds, totaled a net position of 22,996 contracts in the data reported through Tuesday, October 20th. This was a weekly drop of -52,261 net contracts from the previous week which had a total of 75,257 net contracts.

The 10-Year Treasury speculators sharply cut back on their bullish bets for the second time in the past three weeks. The overall position has shed a total of -105,580 contracts over these past three weeks and has brought the current bullish standing to the lowest level of the last five weeks. Despite the recent setbacks, the speculator position has remained in a small bullish position for seventeen out of the past eighteen weeks.

The commercial traders’ position, hedgers or traders engaged in buying and selling for business purposes, totaled a net position of -53,006 contracts on the week. This was a weekly gain of 46,513 contracts from the total net of -99,519 contracts reported the previous week. 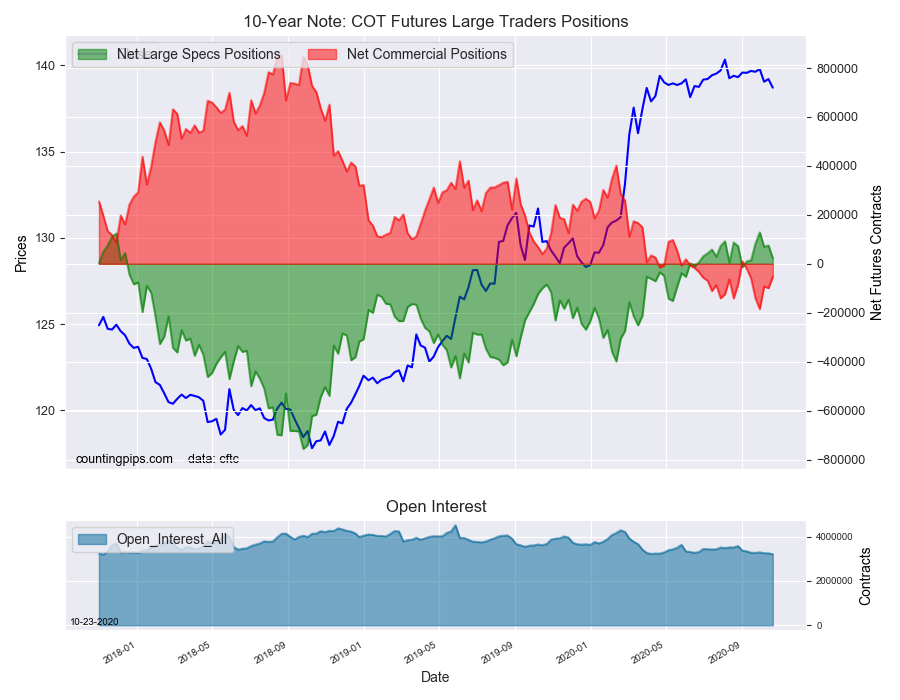 Over the same weekly reporting time-frame, from Tuesday to Tuesday, the 10-Year Note Futures (Front Month) closed at approximately $138.703125 which was a decline of $-0.5 from the previous close of $139.203125, according to unofficial market data.

Is A Bullish Pattern Developing For U.S. Treasury Bond Yields?

It’s All About Inflation: Central Bankers Catch On As Treasury Yields Stay High