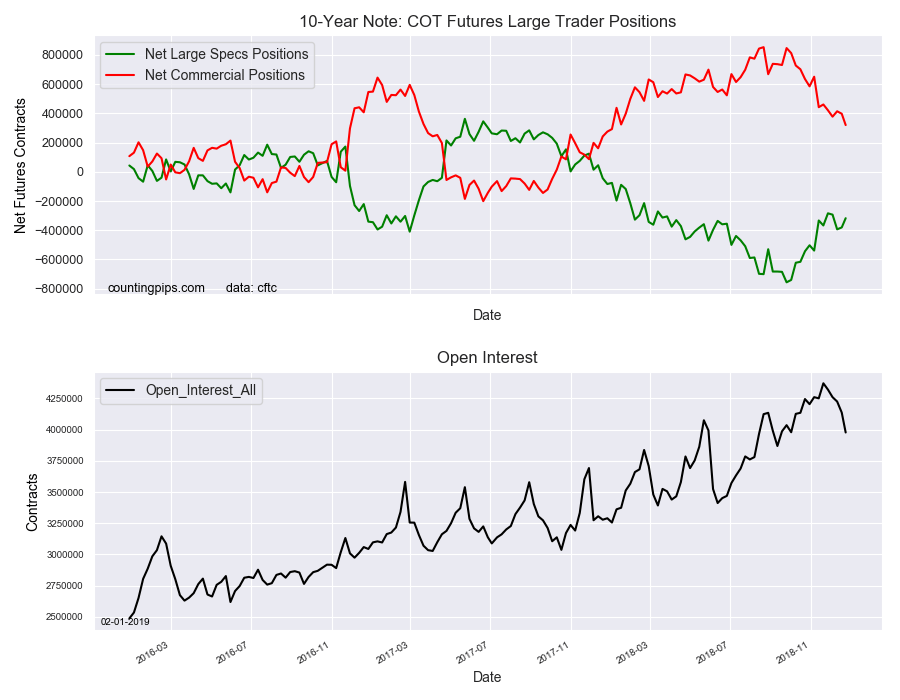 Large bond speculators sharply cut back on their bearish net positions in the 10-Year Note futures markets in late December, according to the latest Commitment of Traders (COT) data released by the Commodity Futures Trading Commission (CFTC) on Friday.

This latest COT data is from late in December due to the government shutdown which halted the releases. The CFTC will be releasing data on Tuesdays and Fridays going forward until the data is back up to date.

The non-commercial futures contracts of 10-Year Note futures, traded by large speculators and hedge funds, totaled a net position of -317,632 contracts in the data reported through Tuesday December 24th. This was a weekly boost of 63,147 net contracts from the previous week which had a total of -380,779 net contracts.

The week’s net position was the result of the gross bullish position (longs) decreasing by -50,672 contracts to a weekly total of 576,500 contracts but being more than offset by the gross bearish position (shorts) which saw a lowering by -113,819 contracts for the week to a total of 894,132 contracts.

The commercial traders position, hedgers or traders engaged in buying and selling for business purposes, totaled a net position of 319,719 contracts on the week. This was a weekly shortfall of -77,621 contracts from the total net of 397,340 contracts reported the previous week. 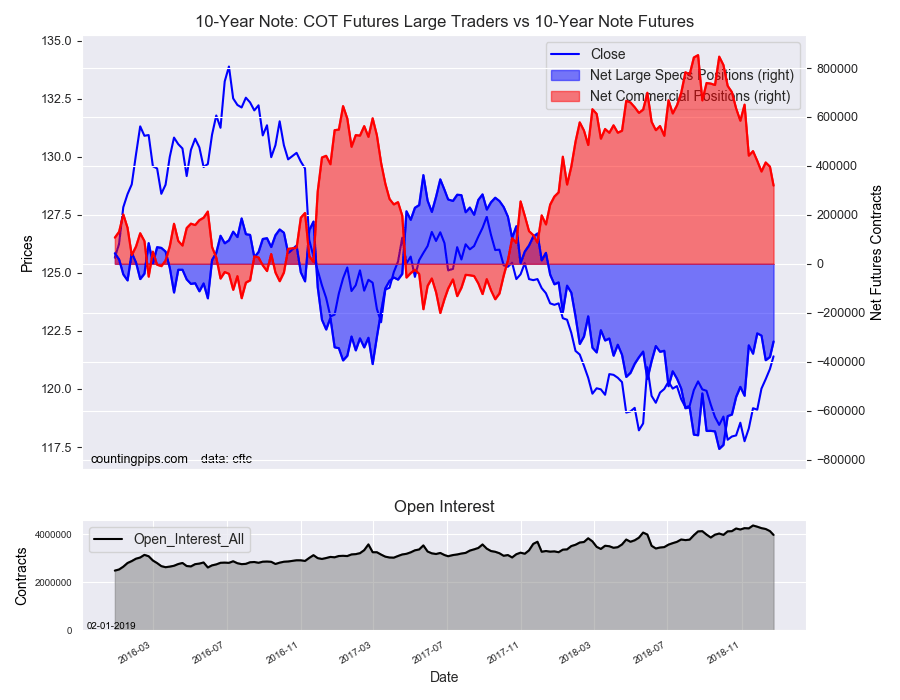 Over the same weekly reporting time-frame, from Tuesday to Tuesday, the 10-Year Note Futures (Front Month) closed at approximately $121.40 which was a gain of $0.54 from the previous close of $120.85, according to unofficial market data.