Large bond speculators increased their bullish net positions in the markets again this week, according to the latest Commitment of Traders (COT) data released by the Commodity Futures Trading Commission (CFTC) on Friday. 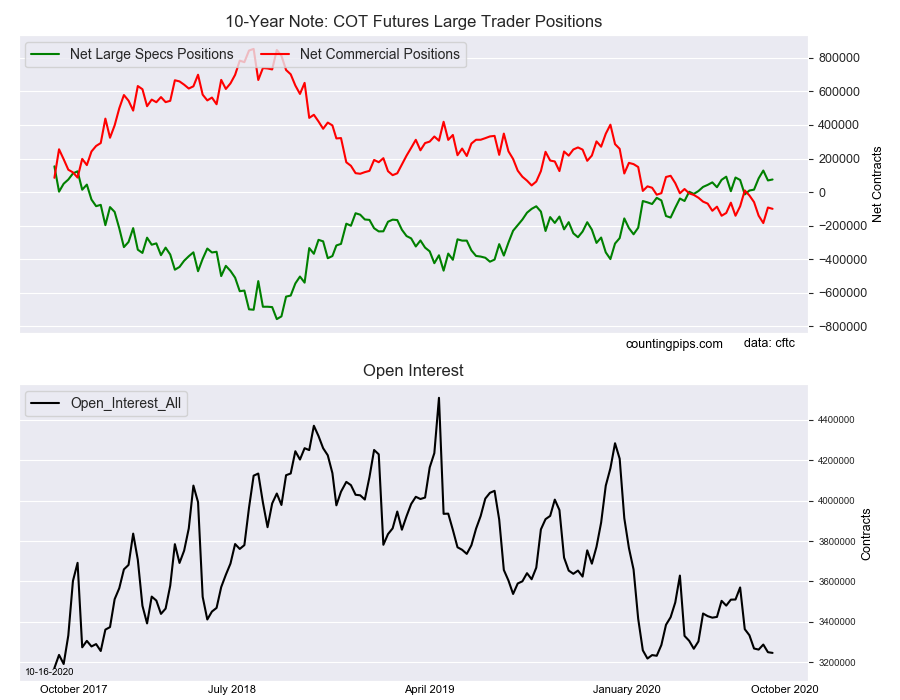 The non-commercial futures contracts of 10-Year Note futures, traded by large speculators and hedge funds, totaled a net position of 75,257 contracts in the data reported through Tuesday October 13th. This was a weekly gain of 5,744 net contracts from the previous week which had a total of 69,513 net contracts.

The 10-Year speculators slightly added to their net bullish bets this week and raised their wagers for the fifth time in the past six weeks. The rise in bullish positions follows a sharp decline last week when spec sentiment fell by -59,063 contracts. The overall standing has now been in bullish territory for six straight weeks (after a dip on Sept. 1st) and has been bullish in sixteen out of the past seventeen weeks.

The commercial traders position, hedgers or traders engaged in buying and selling for business purposes, totaled a net position of -99,519 contracts on the week. This was a weekly decrease of -7,820 contracts from the total net of -91,699 contracts reported the previous week. 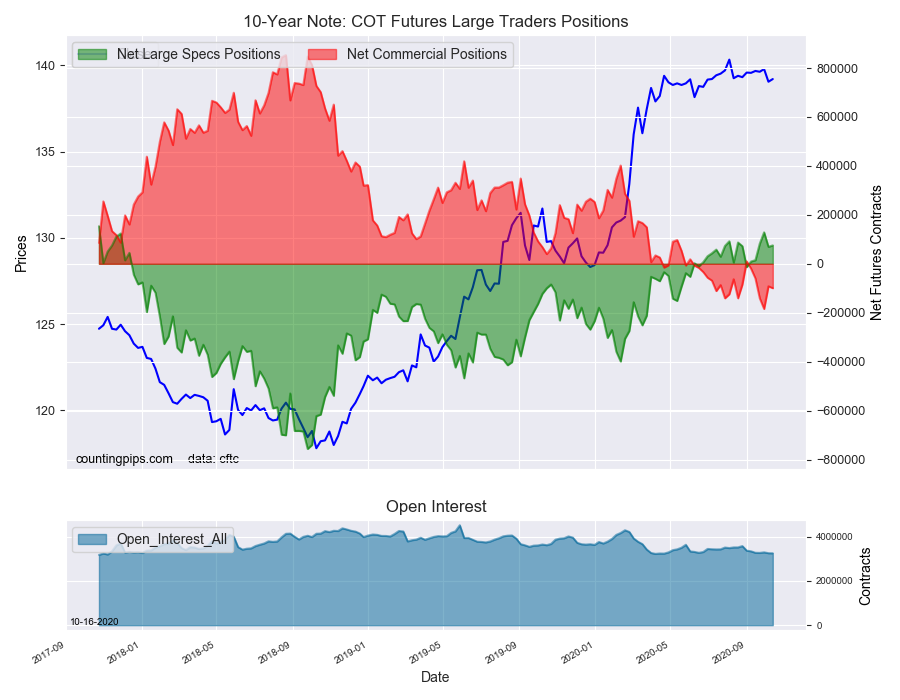 Over the same weekly reporting time-frame, from Tuesday to Tuesday, the 10-Year Note Futures (Front Month) closed at approximately $139.20 which was an advance of $0.16 from the previous close of $139.04, according to unofficial market data.