Home Economy A good chance we can get a deal with EU, says UK... 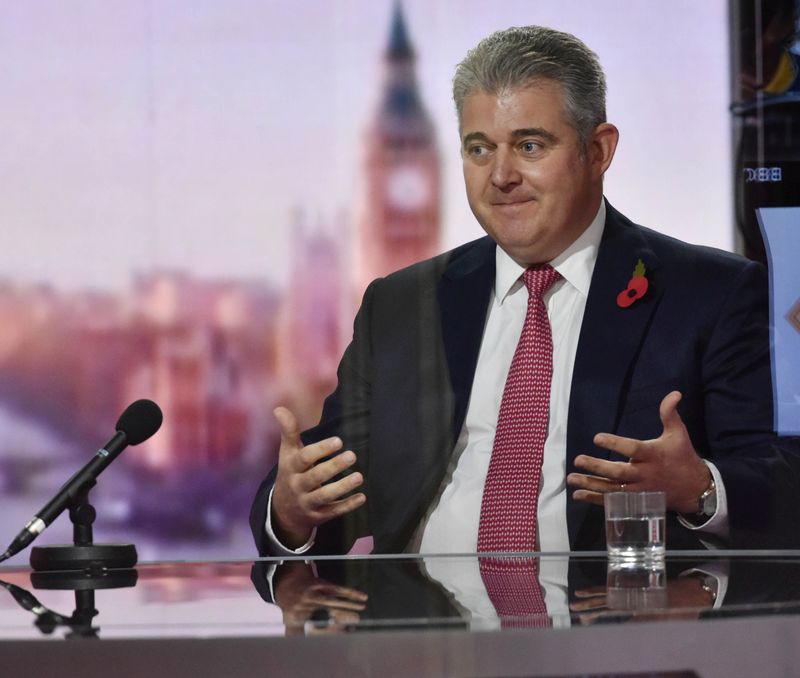 LONDON (Reuters) – Britain and the European Union have a good chance of striking a deal on future relations, the British government’s Northern Ireland minister Brandon Lewis said on Sunday.

The United Kingdom left the EU in January but the two sides are trying to clinch a deal that would govern nearly a trillion dollars in annual trade before a transition period of informal membership ends on Dec. 31.

Talks resumed last week after Britain walked away in frustration at what it saw as the EU’s unwillingness to compromise on key issues. On Friday, Britain said there had been good progress since the restart.

Asked about that report, and the overall prospects of a deal, Lewis told the BBC: “I’m always an optimist … and I hope and I think there’s a good chance we can get a deal, but the EU need to understand it is for them to move as well.”

Lewis restated the government position that it would rather leave without a deal — a scenario it calls leaving on Australian terms — than accept a deal which is not in Britain’s interests.

Cryptocurrency Worldnewstalk - December 2, 2021
0
© Reuters. For traders who are undecided on 's (BTC) move, the "long condor with call options," or the "iron condor" options strategy,...

Economy Worldnewstalk - December 2, 2021
0
© Reuters. FILE PHOTO: The flags of the United States and the United Kingdom stand after bi-lateral photo between U.S. Secretary of State...