A Second Chance For Goldminer Bulls?


In a recent , I shared my thoughts that the VanEck Vectors Gold Miners ETF (NYSE:).

“Since it possibly did a leading diagonal 1st wave, then an irregular flat wave-2, and now it could be in the starting gates of wave-iii of wave-3: a 3rd of a 3rd wave. The money-maker.”

But, since nothing is ever set in stone, I warned that the bullish thesis would be in serious jeopardy if the instrument “can [not] stay above the recent low made on Oct. 7 at $38.15,” and, “If it cannot [close above the 50d SMA and upper orange DT line], and it closes below yesterday’s low going forward, then that is a serious warning for the bulls that the continuation of the uptrend is likely delayed.”

From a trading perspective, the longs I had initiated got stopped out. Losing trades are part of the game, no system or method can prevent those. But as long as one keeps losses small, one is doing better than most, as trading is all about managing downside risk. The upside takes care of itself.

What has happened since?

The gold miners have continued to correct lower and, as of now, it appears a bull flag is forming. As long as price remains in this pattern and can hold support at $35.50-34.60, the latter is the 200-day simple moving average, then it has a good chance of completing this complex (double) correction that started on Aug. 5 soon. Corrections can be long and messy, but are buying opportunities with the appropriate stops in place 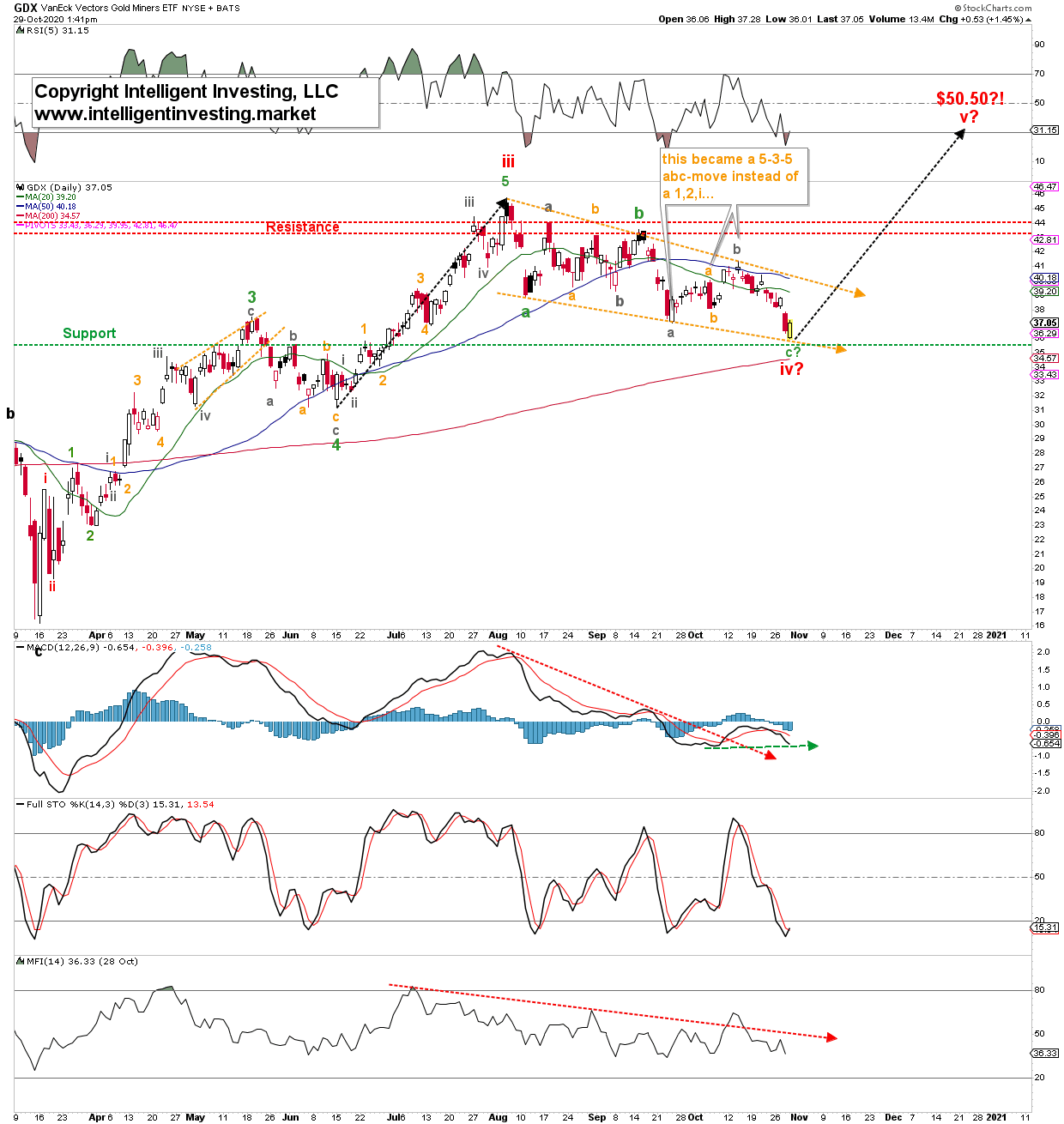 Thus, the gold miners have, in my humble opinion, a second chance here to start a next leg up to ideally $50.50 based on the potential bull flag pattern. The instrument will have to hold support and stay within the bull flag pattern to keep the bullish thesis alive.

For now, since the March lows, I see impulsive moves higher and corrective moves lower, including the current almost three-month long sideways down grind. But if GDX starts to break below support and the 200d SMA, while accelerating lower, I will have to admit my bullish thesis was wrong. That is what stops are for.