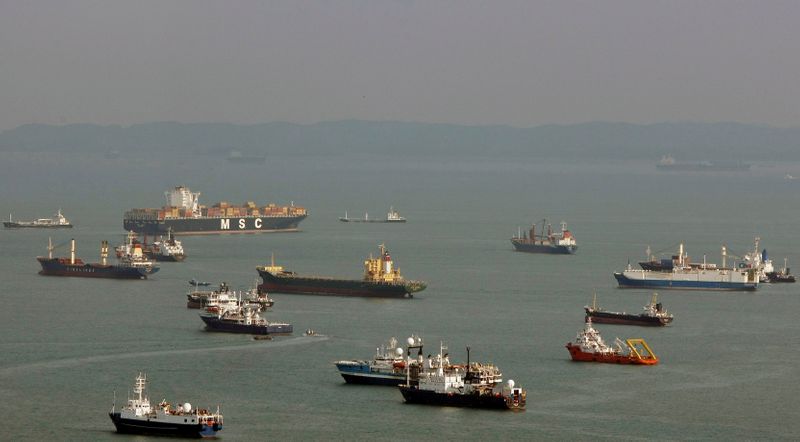 By Kate Abnett and Simon Jessop

BRUSSELS/LONDON (Reuters) – Months of EU deliberation to decide which business activities can be marketed as green investments have produced a set of draft standards some finance officials and NGOs say are lax for the polluting shipping sector and challenging for buildings.

In other cases, they strike a fair balance, they say.

As the European Union pursues regulation to try to deliver the 2015 Paris Agreement on climate change, a powerful tool in channelling funding over the coming decades will be its financial taxonomy – in other words, a system of classifying activities that can be marketed as sustainable.

The rules lay out tight criteria for fossil fuel power plants and the car industry, which were well-received by some in the finance industry as a spur for positive change.

In other areas, critics say the rules, which face a further four weeks of consultation, fall short.

One of the most contentious of the proposals is the inclusion of rules on sea freight. They were not part of the TEG recommendations and the European Commission’s newly-formed advisory platform on the taxonomy had expected to develop them in the coming months.

Luca Bonaccorsi, Sustainable Finance Director for non-governmental organisation Transport & Environment, who sits on the advisory platform, said the proposed rules “will not encourage or speed investment towards sustainable shipping”.

The rules say that, until 2026, ships can be classed as sustainable if they meet any one of four criteria, including for vessels to be 10% more efficient than a global standard. The proposal does not specify what rules would apply from 2026.

Tristan Smith, Associate Professor at the UCL Energy Institute, said the rules lacked a requirement for ships to be capable of being retrofitted to handle zero-carbon fuel such as hydrogen, to make them sustainable in the long term.

“Ships, including coastal vessels, are all using oil-derived fuels at the moment and they will have to switch to something zero [emissions], probably in about ten years’ time,” he said.

“So you’re basically building a fleet of ships which are completely inadequate for the ten-years-plus future.”

Another cause for concern is the rules’ treatment of bioenergy that echoes years of EU debate on whether extracting energy from waste or natural materials is good for the planet.

Nathan Fabian, a former member of the TEG, who leads the Commission’s new advisory platform on the taxonomy, said the proposed rules would allow whole trees and animal fats to be considered as sustainable feedstock for energy.

“It is a weakening of the TEG recommendations,” he said.

Not all the changes involved softer rules.

The draft rules for buildings are tougher than those proposed by the TEG.

To earn a green label, existing buildings would need to have the highest ‘A’ grade for energy efficiency.

As a result, investors looking to acquire taxonomy-aligned buildings and market them to clients as good for the environment may find it harder to track down suitable assets.

The fledgling green mortgage market, which offers loans depending on whether a building is environmentally-friendly, may face a similar problem.

Around 85% of the EU’s building stock was built before 2001 and is unlikely to meet the highest grade.

Luca Bertalot, Secretary General at the European Mortgage Federation, said he welcomed the taxonomy but that it needed to be “ambitious but also inclusive”.

Some of the Commission’s advisers meanwhile welcomed the inclusion of research and development in the new rules as a way to lower emissions from sectors, such as aviation, which are particularly challenging to make green.

“If you encourage R&D and you encourage companies to invest in that, and you facilitate that, then it can have greater spillovers and greater benefits,” said Helena Viñes Fiestas, global head of stewardship at BNP Paribas (OTC:) Asset Management and a member of the TEG.

The Commission declined to comment on specific details of the rules.

Facebook
Twitter
Pinterest
WhatsApp
Previous articleTesla defies doubters as builds on rally ahead of S&P 500 debut By Reuters
Next articlePound Pares Some Gains as Analysts Warn of Low Rate Hurdle By Investing.com