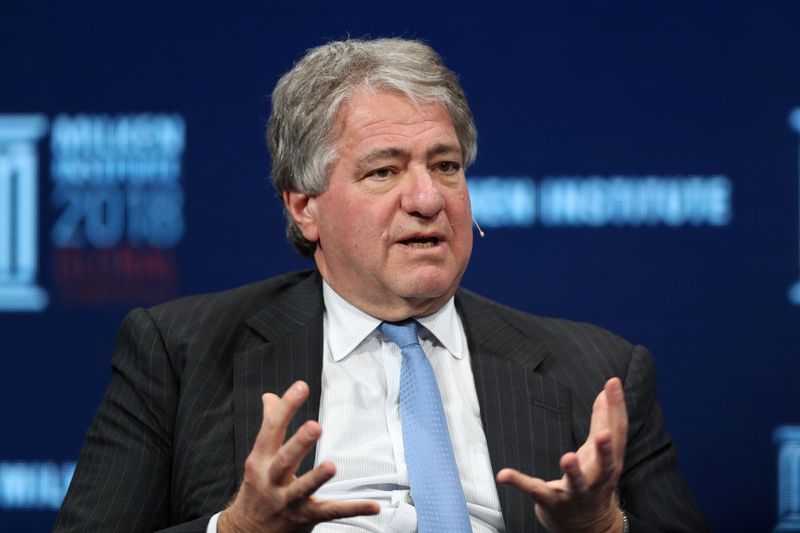 By Chibuike Oguh and Lawrence Delevingne

(Reuters) – Apollo Global Management Inc (N:) Chief Executive Leon Black told the buyout firm’s investors on Monday that he regretted having had ties to the late financier and convicted sex offender Jeffrey Epstein, but denied any wrongdoing or inappropriate conduct related to his business and social relationship with Epstein.

Black wrote to the firm’s investors after the New York Times reported on Monday that he wired between $50 million and $75 million to Epstein as far back as 2008.

Reuters could not determine how long Black continued to wire money. Epstein, who was charged by federal prosecutors with sex trafficking last year, committed suicide in his New York City jail cell in August 2019, before his trial.

While Black’s business ties to Epstein were already known, the Times story outlined previously unreported payments, as well as socializing between the two financiers.

“I was completely unaware of, and continue to be appalled by, the reprehensible conduct that surfaced at the end of 2018 and led to the federal criminal charges brought against Mr. Epstein,” Black wrote to Apollo fund investors in a letter seen by Reuters.

An Apollo spokeswoman said that Black acted in a personal capacity and that the private equity firm had not done any business with Epstein. Apollo shares dropped 5.7% on Monday to close at $43.90.

Black also said he met Epstein from time to time at his New York City townhouse and also donated money to charitable organizations he did not identify that were affiliated with the late financier.

Federal prosecutors and lawyers have sued Epstein’s more than $630 million estate to obtain compensation for the young women and girls he allegedly abused and trafficked.

Black said in the letter he intends to cooperate with the U.S. Virgin Islands inquiry and any other investigation.