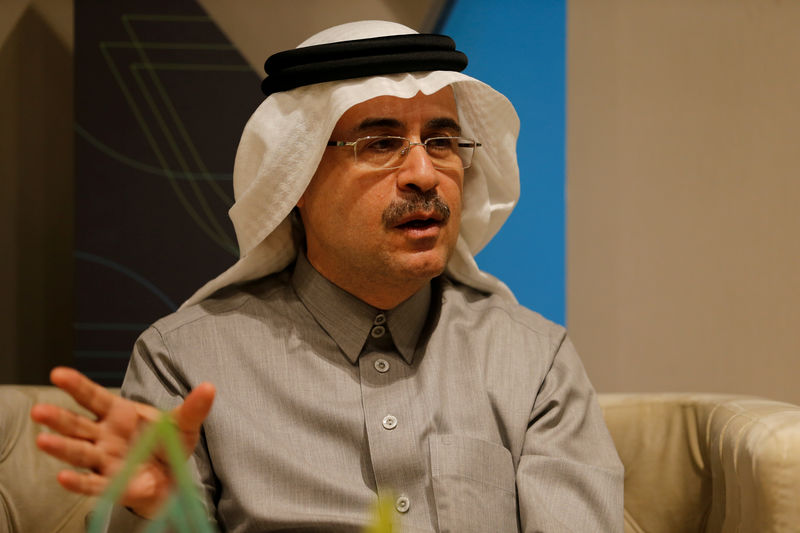 © Reuters. FILE PHOTO: The chief executive of Saudi Aramco, Amin Nasser, speaks during an interview with Reuters in Dhahran

LONDON (Reuters) – Saudi Aramco’s chief executive said on Tuesday the oil industry is facing “a crisis of perception” and the views of some observers that the end of oil is near with the rise of electric vehicles are illogical and not based on fact.

Amin Nasser, CEO of the national oil company of the world’s top crude-exporting country, told an industry event in London that demand for oil is expected to increase substantially, driven mainly by the transportation sector.

“Important stakeholders believe that the entire world will soon run on anything, but oil. These views are not based on logic and facts, and are formed mostly in response to pressure and hype,” he said in a rare, strongly worded remarks.

“Our industry faces a crisis of perception with multiple stakeholders. Our traditional qualities of ample, reliable and affordable supply are not enough to meet society’s expectations today.”

He said passenger vehicles made up just 20 percent of oil demand, while the rest came from other sectors such as planes, ships, trucks and petrochemicals, for which there was no alternative to oil yet to meet expected growth in demand.

He called for more investment in the oil and gas sector to meet future growth and said the oil industry must “push back on exaggerated theories like peak oil demand”.

Oil demand is expected by many to peak in coming years as emissions standards around the world tighten and demand grows for more fuel-efficicent vehicles and renewable sources of energy.