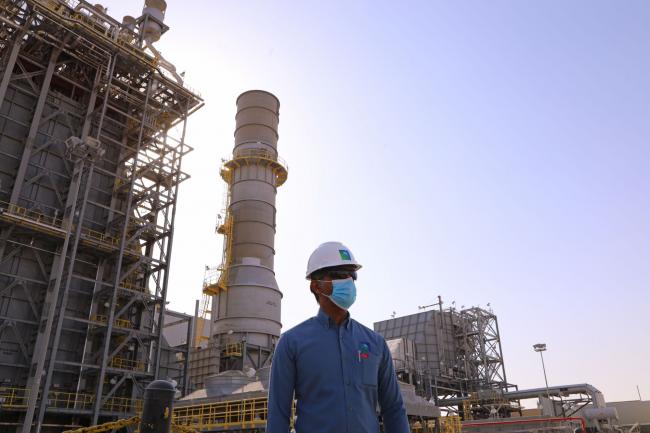 © Bloomberg. An employee near an oil processing facility at the Khurais Processing Department in the Khurais oil field in Khurais, Saudi Arabia, on Monday, June 28, 2021. The Khurais oil field was built as a fully connected and intelligent field, with thousands of sensors covering oil wells spread over 150km x 40km in order to increase the efficiency of the plant and reduce emississions, according to a Saudi Aramco statement released to the media.

(Bloomberg) — Saudi Arabia raised oil for prices for buyers in Asia and the U.S. for September in a sign the world’s largest exporter sees demand continuing to recover despite a surge in coronavirus cases in some of the world’s main energy importers.

OPEC+, the oil-producers’ group led by the Saudis and Russia, agreed last month to ramp up production over the rest of the year and supply a market that most analysts see as facing a dearth of barrels amid a global economic recovery from the worst of the pandemic.

Saudi Aramco (SE:) will increase its key Arab Light grade for Asia by 30 cents from August to $3 a barrel above the state company’s benchmark, according to a statement. That’s slightly less than the 50-cent increase seen in a Bloomberg survey. Aramco is raising pricing for other grades to the region by between 20 and 60 cents.

Saudi Arabia sends more than 60% of its crude exports to Asia, with China, South Korea, Japan and India the biggest buyers.

has dropped 5% this week to just above $72 a barrel on concern about the spread of the delta variant of the coronavirus, particularly in Asia. That could temper buyers’ uptake of Saudi barrels, even with the lower-than-expected increase. Abu Dhabi also increased September pricing the region.

Still, many analysts and traders see the latest Covid-19 flare-ups as a short-term hit to oil demand. The market has tightened this year — Brent is up around 40% despite falling this week — due to rising consumption and OPEC+ only slowly easing deep supply cuts it started early last year to boost prices.

Aramco raised pricing for all grades to the U.S. for September by between 10 cents to 20 cents a barrel. It’s cutting all grades to the Mediterranean region and Northwest Europe after regional benchmarks there weakened.

The company’s increase brings Arab Light for Asia to its highest level since February 2020, before the onset of the pandemic outside of Asia, when it sold for a $3.70 premium.

Most Middle Eastern countries set monthly prices as a premium or discount to a benchmark. Aramco’s OSPs serve as a bellwether for oil markets and often lead the pricing trend in the region. Abu Dhabi issued its first OSP based on trading in crude futures this year, a step in its efforts to establish its oil as the regional benchmark.