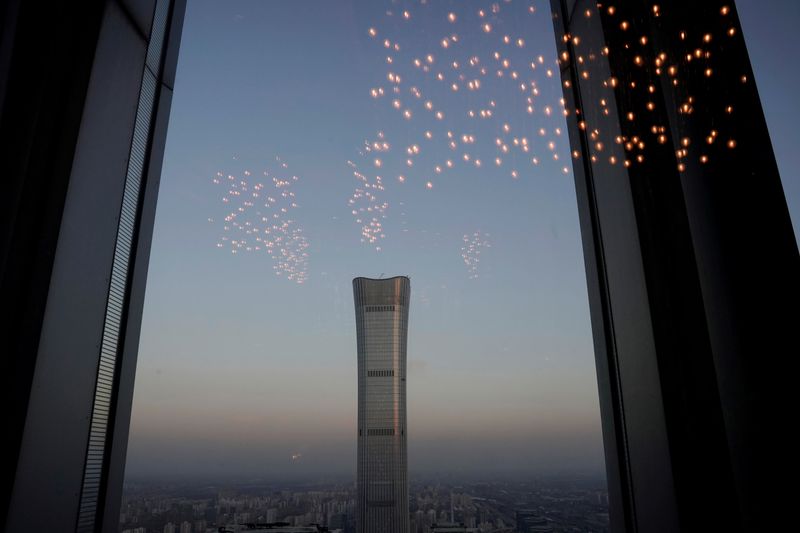 By Stella Qiu and Cynthia Kim

BEIJING/SEOUL (Reuters) – Asia is starting to see signs of economic recovery as it rides on the back of an upturn in China, which is entering a new expansion phase less than a year after it recorded the world’s first cases of COVID-19.

While international attention has been focused on the looming U.S. election and the struggle to halt the spread of the coronavirus in the Americas and Europe, China has quietly been clocking up improvements in several key sectors.

After imposing some of the world’s strictest lockdown measures early in the pandemic, China is now the only major economy forecast by the International Monetary Fund to report growth – of 1.9% – this year.

Official data showed China’s economy grew 4.9% in the September quarter from a year earlier, following 3.2% growth in the second quarter and a 6.8% contraction at the start of the year when the domestic coronavirus outbreak was at its peak and lockdowns were imposed.

For China’s neighbours, that growth is increasing demand for their exports and supporting activity in their own economies.

China’s imports surged 13.2% year-on-year in September, with a 28% rise in semiconductor imports a boon for Taiwan and South Korea in particular.

The flow-on for Seoul is already evident. Data on Tuesday showed South Korea posted its fastest quarterly growth rate in a decade in the September quarter, expanding a seasonally adjusted 1.9% after a 3.2% contraction the previous quarter. Exports soared 15.6% in the third quarter, the biggest rise since 1986 and largely reversing a 16.1% contraction in the second quarter.

“Exports rapidly improved on the back of recovery in China and other major economies, which spearheaded our third quarter growth,” Finance minister Hong Nam-ki said on Tuesday.

China’s early recovery has also been a relief for Japan, as China is the destination for more than 22% of its overall exports, just ahead of the 19% share that heads to the United States.

Japan’s exports to China jumped 14% in the year to September, the biggest rise in more than two years, driven by robust demand for nonferrous metals, chip-making equipment and automobiles.

That is giving the Bank of Japan some optimism over the domestic outlook, with industry feedback pointing to improving demand from China.

“Automobile sales in China are increasing from year before levels after economic activity resumed. We’re seeing an increase in auto-parts exports to China,” a transport machinery maker in Nagoya was quoted as saying in the BOJ’s quarterly report on the regional economies.

Taiwan is also benefiting, even as political tensions with Beijing remain high. Its exports to China rose an annual 22% in September, and export orders, a key leading gauge for global tech demand, rose 9.9% as Chinese orders jumped by almost one-third.

China’s renewed growth has been spread across several sectors, including manufacturing, construction, investment and domestic demand.

There are risks to the outlook, however, including the potential that some economies shut down again to tame the coronavirus, a scenario mining giant Rio Tinto (AX:) (L:) flagged in a production report.

While Rio noted strong global activity in the third quarter, it also cautioned that a range of data suggested “the rate of recovery in growth is slowing in most economies, with pent-up demand dissipating, and the rise of renewed lockdowns threatening recovery”.

Further, any escalation of China-U.S trade hostilities or other geopolitical tensions after the U.S. presidential election would also be a risk for Asia’s hopes of sustained economic recovery.