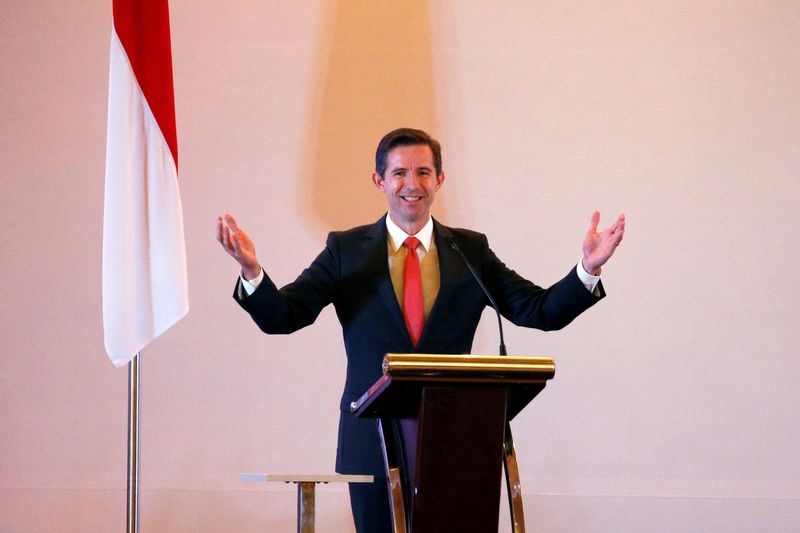 © Reuters. Australia’s Minister of Trade, Tourism and Investment Simon Birmingham gestures as he speaks during a signing ceremony with Indonesia’s Trade Minister in Jakarta

Covering nearly a third of the global population and about 30% of its global gross domestic product, the deal will progressively lower tariffs and aims to counter protectionism, boost investment and allow freer movement of goods within the region.

Australia’s ties with China, its biggest trading partner, became frayed after Canberra called for an international inquiry into the source of the novel coronavirus, which erupted in the central Chinese city of Wuhan late last year.

Trade disputes have hit a dozen Australian industries and threatened exports to China of agricultural products, timber and resources worth billions of dollars.

The ASEAN pact offers a platform that can lead to a positive change in relations, Birmingham said.

“The ball is very much in China’s court to come to the table for that dialogue,” Birmingham told The Age newspaper ahead of the conclusion of the ASEAN talks.

“It is crucial that partners like China, as they enter into new agreements like this, deliver not only on the detail of such agreements, but act true to the spirit of them.”