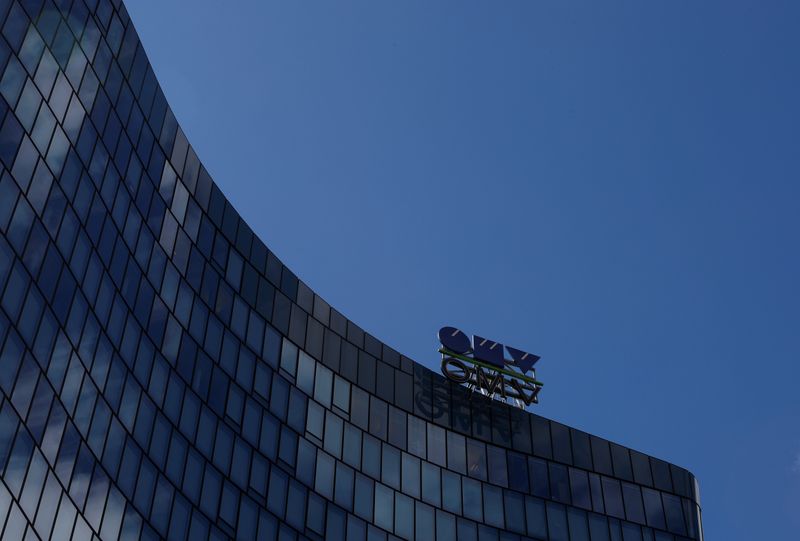 © Reuters. FILE PHOTO: The logo of Austrian oil and gas group OMV is pictured at the rooftop of its headquarters in Vienna, Austria May 12, 2020. REUTERS/Leonhard Foeger

VIENNA (Reuters) – Austria’s OMV is drawing up plans to split into separate energy and chemicals businesses, Kurier newspaper reported on Saturday, adding that the company’s board had not yet reached a decision on the proposal.

A company spokesperson declined to comment on the report, which cited no sources for the information, and said OMV was working on a new corporate strategy that would be presented in the first quarter of 2022.

Kurier said a task force had been working for four weeks on the project, which still needed to be coordinated with shareholders Mubadala of Abu Dhabi and Austria’s state holding company OeBAG.

OMV on Friday reported better-than-expected third-quarter results thanks in part to its chemicals and materials division, centred on its 75% stake in Borealis, whose former boss Alfred Stern is now group chief executive.

Stern has said the new strategy will focus on sustainability.

Under the plan reported by Kurier, Borealis, together with three refineries and petrol stations, would remain central to new OMV as “OMV Chemicals”.

The group’s energy exploration and production operations, as well as renewable energies projects, would be spun off into a separate company that would be delisted. OMV would sell a majority stake, probably to private equity companies, the report said.

According to the newspaper, OMV could raise 6 billion to 8 billion euros ($9.25 billion) in fresh capital for the energy business to invest in petrochemicals.

OMV may buy the remaining 25% of Borealis from Mubadala for an estimated 3 billion-4 billion euros, the paper added.

Both companies in five to six years could be as big as OMV is today. Jobs would be preserved and both head offices would remain in Vienna, Kurier said.