Back To The Future With Private Investments


I often feel like the financial markets are crumbling around me. It’s not their price levels that trouble me, but their health. The capital markets are a tremendous boon to humanity. However, intrusive central bank and government policies seem to strangle the golden geese of capitalism and free markets increasingly.

Some argue that the neurotic obsessions with market stability are killing active investment management and disarming the very mechanisms that make financial markets invaluable. The decline is inevitable; the only question is whether it comes slowly or as a quick collapse. While I’m sympathetic to this perspective, what if we humans are better and smarter than credited? What if the investment markets aren’t dying but evolving to circumvent the unwanted barriers?

Let’s face it; it’s hard being human. The world is highly complex, fret with imperfect information. It isn’t easy to make sense of things. Often, multiple explanations can seem just as plausible, given the same set of facts. As conceptual animals, chaos is paralyzing and uncomfortable.

Perhaps this is why we seek narratives; they help explain phenomena and enable action. However, even the most water-tight narrative can spring a leak, given new information or a different perspective. I’m beginning to see the expansion of private investment markets in this light. I had viewed their growth as negative at first but now think differently.

If It Bleeds It Leads

Investing today is as hard as it’s ever been. Bond yields are the lowest in history. Equities appear overvalued. Alpha—the amount of excess return available to active investment managers—is a mere fraction of what it had been. Everything’s gone passive. There’s no return to be had no matter how hard one tries. Why is this happening? 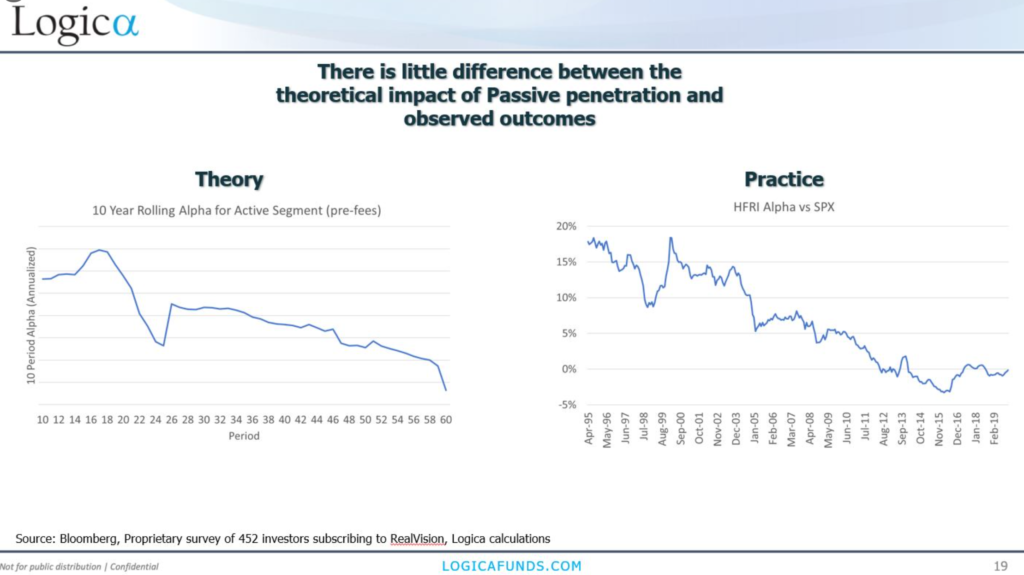 Active manager “alpha” has been falling for decades in equity markets.

To some, these conditions indicate the market’s demise. Central bank intervention has reached such a large degree that the capital markets can no longer function properly. They’re rigged to rise. Stripped of the freedom to fluctuate, investment markets can no longer provide the critical price signals they are designed to deliver.

Furthermore, investors are flocking to private markets. Private equity, venture capital, direct lending, and other investment strategies are on the rise. Starved for yield, investors ignore obvious risks to make an extra few basis points of return. It’s pure debauchery. Society is in decay, so the story goes.

To be sure, I’m quite sympathetic to this view. However, like all powerful narratives, the above may be riddled with half-truths. It’s this characteristic that gives a false narrative its power. There’s correlation but not causation—at least not to the degree as professed. Might our private investment narrative be wrong? What if capital markets are actually thriving, just in a different way?

The more experience I gain with capital markets the greater the marvel they seem. It’s simply true that capital flows to where it’s treated best. It’s extremely mobile. International borders, currency regimes, time zones, and languages matter little to capital. It always seems to find the best markets with the best returns for a given investor, friction or not. Given this dynamic, perhaps today’s flow characteristics are reflecting this rather than debauched investors.

Back To The Future

Once upon a time, all investing was done privately. There were no public exchanges where anyone could transact in various investments. Markets weren’t invented until the 12th or 13th centuries. Most people were preoccupied with basic survival until then. Few had the luxury of excess savings to invest.The advent of public markets was an incredible innovation. They greatly expanded entities’ access to capital.

Capital seekers were no longer hostage to the views of a handful of bankers, wealthy families, or officials. Anyone with some money could fund a company’s growth initiatives and grow richer alongside it. A positive economic feedback loop was created that enabled our modern societies.

Today though, U.S. public equity markets are in retreat. There are fewer listed companies than 40 years ago. Furthermore, more and more investment decisions are made by passive investing strategies. Thoughtful capital allocation is being supplanted by automated—and mostly simplistic—algorithms. If the expansion of financial markets was positive, a reduction is surely negative.

However, not all markets are contracting. Private ones are undergoing a renaissance. Private equity, venture capital, and private debt markets appear to be thriving in today’s environment. While many see this as negative—that it’s fueled by a thirst for yield created by central banks and that investors are willfully ignoring the risks of these asset classes—I see it as potentially positive. While the human capital allocators are vanishing from public markets, they are multiplying in private ones. No, markets are not dead. They are evolving. Humanity is too creative to keel over. 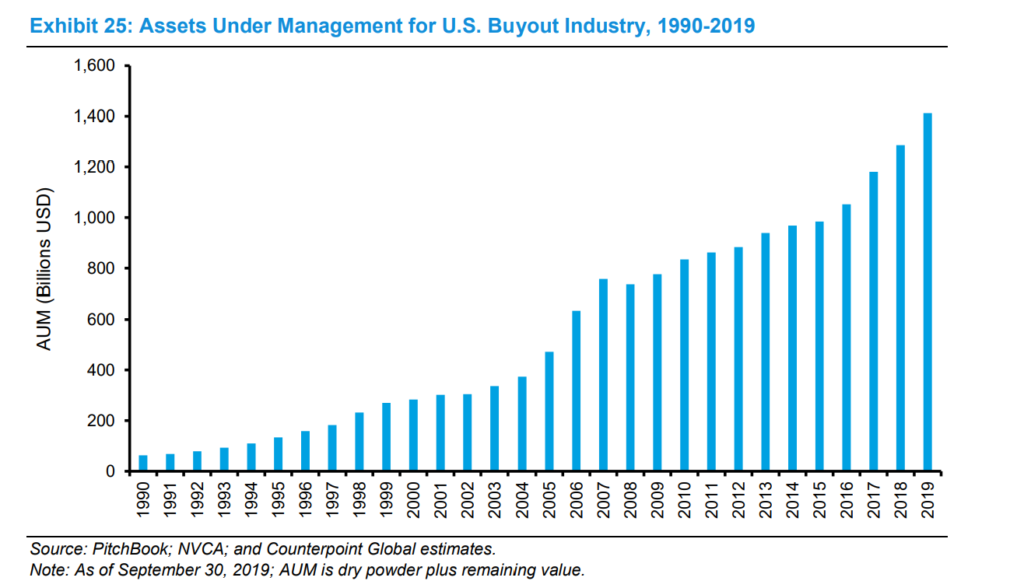 To be sure, the shift from public to private investing comes with risks. First and foremost, most individuals are shut out from private investment markets. Only large, institutional investors have access due to regulations and practical matters. Also, reporting standards for private companies can vary and require more sophistication to decipher. They are more bespoke than for public companies. Another risk is that return dispersion is wide, indicating the importance of proprietary deal flow.

The largest drawback of private investments versus public ones is their illiquidity. Private investments are harder to sell and convert into cash. Hence, their values can be difficult to assess during one’s holding period accurately. This feature has likely dampened private investments’ perceived volatility and their correlations with other assets, thereby understating their true risks. 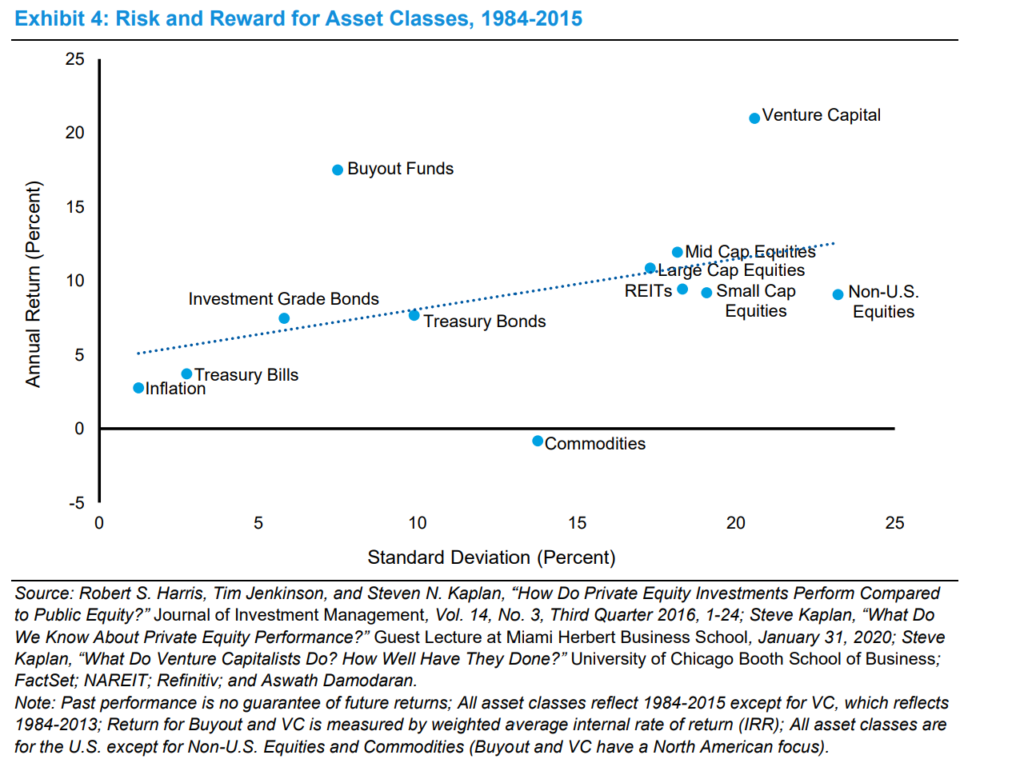 However, private market investing also has benefits. First, they tend to have higher returns to compensate investors for the (obvious) drawbacks. Their institutional ownership also yields advantages. Governance and operational efficiencies can improve with more sophisticated owners. Also, capital markets’ professionalization likely facilitates a greater number of value-creating financial transactions and with greater complexity. These have widespread positive impacts. 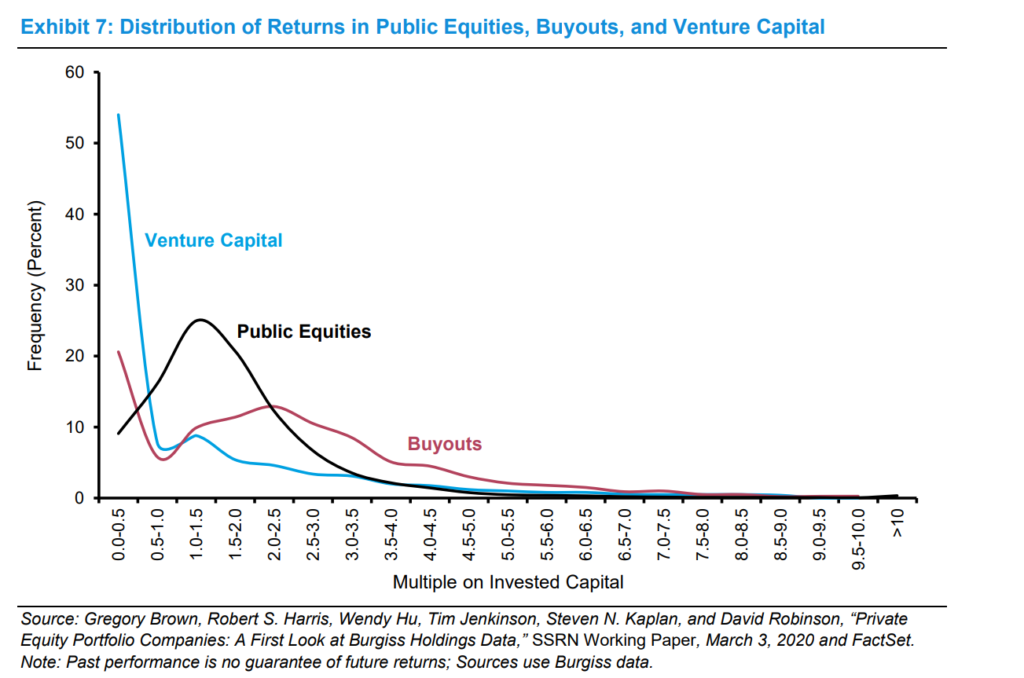 Above all, though, private markets increase available investment choices. More options allow for more experimentation, the greater discovery of financial knowledge, and, ultimately, increased prosperity. This is critical when government interventions in public markets stunt their growth.

Private markets can act as a safety valve and allow capital to leave the markets forcing it into suboptimal investments and allowing it to flow into better alternatives. 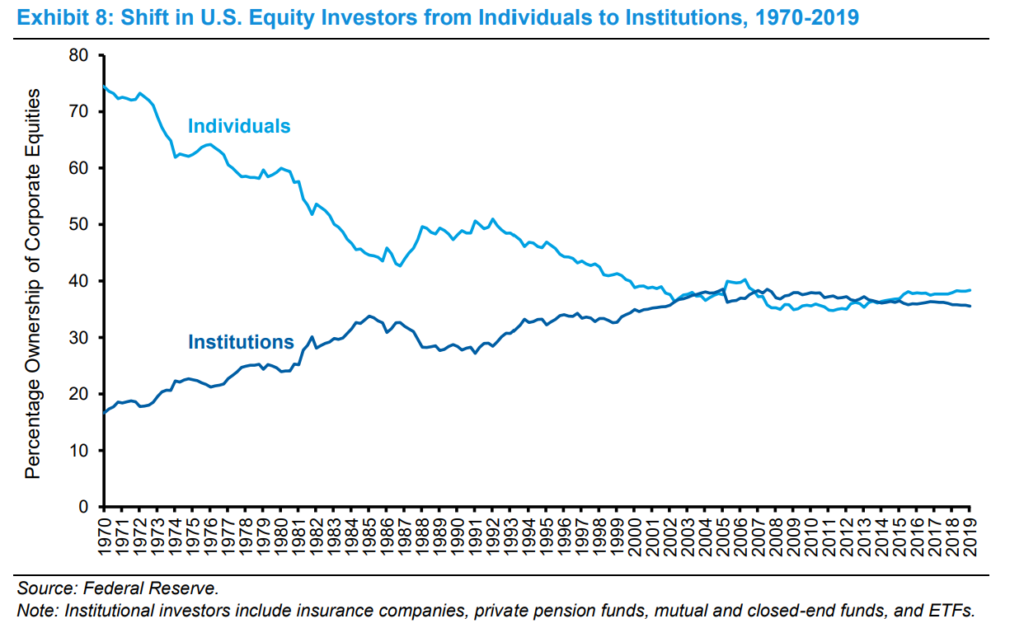 Shift In US Equity Investors

While the public markets appear to be dying by the hands of central bankers, passive investors, and any number of bogymen, private investments are undergoing a renaissance. Inflows into private equity, venture capital, and private debt markets have surged over the years as investors seek new and higher return streams. While they’re no panacea, the growth in private investment markets may not be the decay that’s popularly claimed.

The growth in private investing illustrates the power of free-flowing capital. Humanity is too creative to let harmful, artificial barriers slow progress. Life always finds the way. While capital allocators are going extinct in public markets, they are reborn in private ones.

Investment markets are not dead. They are evolving. This movement should ultimately facilitate financial innovation, increase productivity, and create more prosperity for all.