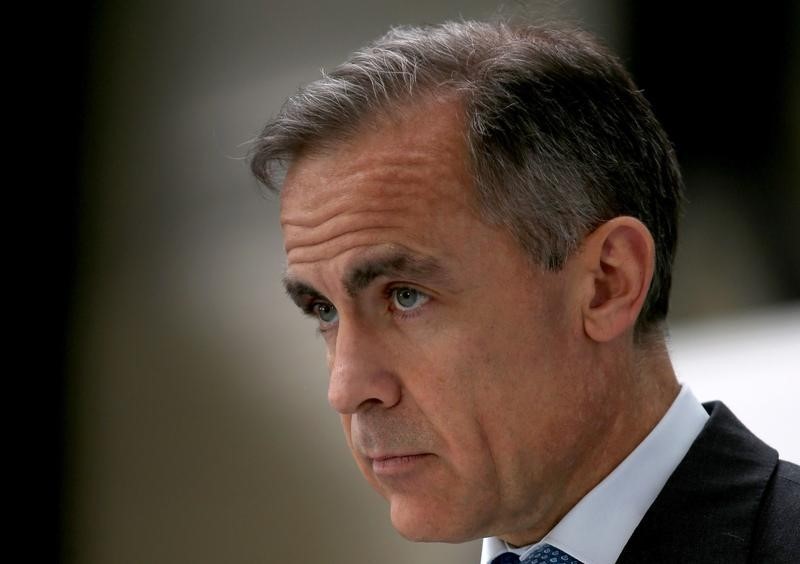 Investing.com – The Bank of England reiterated its stance that interest rates could move in either direction depending on the outcome of negotiations for the U.K.’s withdrawal from the European Union.

In the delivered to the U.K. Treasury Select Committee, BoE governor Mark Carney repeated his view that Brexit was causing tension for British consumers and businesses but promised that the central bank would “provide all stimulus possible” in the event of a no-deal outcome.

Gertjan Vlieghe, a member of the BoE’s Monetary Policy Committee, told the committee that, in the event of a shock to consumer confidence from a ‘no-deal’ Brexit, the central bank would likely hold policy steady or cut interest rates.

However, that risk appeared to have shrunk considerably Tuesday, after both the U.K.’s major parties appeared to shift their policy stances on Brexit. Prime Minister Theresa May is set to propose to her cabinet that the government rule out the possibility of leaving the EU without a transitional agreement in place. The opposition Labour Party, meanwhile, has said it will back a second referendum on Brexit if there is no majority in parliament for a withdrawal agreement.

Carney, however, noted that if the economy performed as currently forecast a gradual increase in rates would be warranted.

The hearings come after the Bank slashed its growth forecasts earlier this month. It now sees the British economy growing only 1.2%, the slowest pace since the financial crisis, amid uncertainty surrounding the U.K.’s departure from the EU and the broader economic slowdown worldwide.

“The fog of Brexit is causing short term volatility in economic data, and more fundamentally is creating a series of tensions in the economy,” Carney said at the Feb. 7 press conference following the BoE’s decision to hold interest rates steady.

“Although many companies are stepping up their contingency planning, the economy as a whole is still not yet prepared for a no deal, no transition exit,” he warned.

The BoE left the possibility of rate hikes “at a gradual pace and to a limited extent” on the table at that meeting.