Home Economy Bank of Korea seen holding rates this week and for the rest... 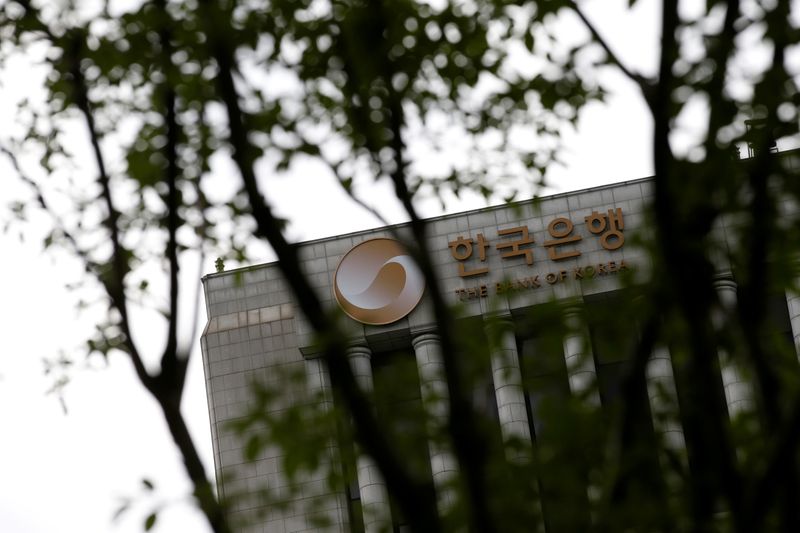 © Reuters. FILE PHOTO: The logo of the Bank of Korea is seen on the top of its building in Seoul

By Joori Roh and Jihoon Lee

SEOUL (Reuters) – South Korea’s central bank is expected to keep its interest rates on hold on Wednesday as its concerns over rising household debt and property prices would most likely put a bar on any policy changes.

The Bank of Korea (BOK) was seen keeping its base rate

Among the 27 analysts who provided forecasts for end-2021, 22 saw the BOK standing pat by end of next year, while the other five forecast rate hikes during the second half of 2021.

“The BOK is expected to maintain its accommodative stance due to the COVID-19 uncertainties and slow economic recovery. But further easing will be limited as the board members are quite concerned about the financial imbalances,” said Shin Dong-soo, Eugene Investment & Securities’ analyst.

In fact, August meeting minutes showed that board members agreed rates needed to stay loose for the time being, though some flagged the need to pay closer attention to financial imbalances as household debt rises along with property prices.

This week’s policy review comes as South Korea has been dealing with a second wave of outbreak that emerged from a church and a large political rally in August.

“Admittedly, the second wave of virus infections has delayed South Korea’s economic recovery. … However, there are signs that the virus situation is coming under control. Social distancing restrictions have been eased. Mobility has also started to pick up in recent weeks,” said ANZ economist Krystal Tan.

In late August, the central bank sharply downgraded its 2020 growth outlook to a 1.3% contraction – the worst since the 1998 financial crisis – and suggested it was willing to expand the use of policy tools other than benchmark interest rates.

The market’s focus seems to be on the bank’s plan for outright purchase of treasury bonds next year, after it pledged to purchase 5 trillion won ($4.36 billion) worth government bonds until the end of 2020.

The central bank will announce its rate decision around 0100 GMT on Wednesday and the governor’s news conference will be broadcast live on YouTube starting at 0220 GMT.