Best Performing Cryptos of the Week By DailyCoin 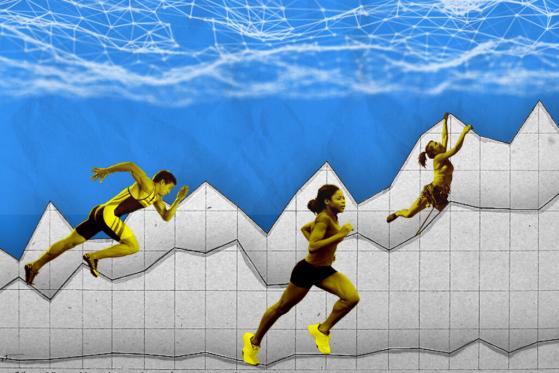 Best Performing Cryptos of the Week

The cryptocurrency market has shown signs of recovery and spent the week mostly in green. Market leaders and Ether climbed 8.25% and 11.62% respectively, but several Altcoins experienced more intense bull runs resulting in much larger gains.

Classic surged by over 80 percent during the past 7 days, rising from a value of $26.64 to $50.16 on Thursday. The coin, which has a $6.4 billion market cap, now ranks as the 28th biggest crypto according to CoinMarketCap.

Expectations that Ethereum (ETH) miners will shift to mining Ethereum Classic (ETC) has been highlighted as one of the major forces driving ETC prices up. The Ethereum blockchain is expected to migrate from Proof of Work (PoW) to Proof of Stake (PoS) this summer; this means that ETH miners will have to find ways alternatives for employing their costly PoW mining equipment.

Loopring’s (LRC) price exploded on Wednesday, rocketing up by more than 44% overnight to reach $1.21, highs not seen since the beginning of February. The sudden spike was a continuation of the uptrend LRC has been experiencing since last Friday, March 18th, when LRC began to rise incrementally from its $0.69 lows.

The price boosted was facilitated in part by the integration of video game retailer GameStop (NYSE:) with Loopring, and the launch of their NFT marketplace beta on Ethereum’s Layer-2 protocol. The partnership is said to enable creators to mint NFTs on Loopring for gas fees lower than $1.

Launched just a week ago, ApeCoin (APE) has taken the crypto market by storm, showing growth of a massive 173 percent to reach a $17.75 ATH during its first trading day on March 17th.

APE has been experiencing correction since then, dropping to as low as $9.64 on Monday, though the token later regained some of its value, climbing 48% up to $14.28 on Thursday.

The hype around the new coin from the creators of the Bored Ape Yacht Club (BAYC) was a major driving force in its price rally. However, the recent APE price recovery was is highly correlated with the interest drawn from Ethereum whales. According to WhaleStats, over the past 24 hours APE was the most traded asset among such whales.

Axie Infinity’s (AXS) price has rallied by over 47 percent in the past 7 days, briefly reaching $73.90 today and bringing the $4.4 billion play-to-earn gaming project back into the top 35 biggest digital currencies.

The price surge is thought to be related to the upcoming Axie Infinity gaming ecosystem update and release of the newer version called ‘Axie Infinity:Origin‘. The new version is said to include major updates, including improvements to graphics, the user interface, and gaming mechanics. The Axie Infinity team stated that the update is expected to be released within the first quarter of 2022.

Proof of Stake (PoS) blockchain Qtum (QTUM), which utilizes the best qualities from Bitcoin and Ethereum, made additional impressive gains of nearly 48 percent this week as the token rose in value to hit $8.83 on Friday, continuing its consistent growth from its $5.5 bottom recorded more than a week ago.

With a market capitalization of $926 million, QTUM now ranks as the 90th biggest crypto. However, it also is an official partner of Alphabet (NASDAQ:) and Amazon (NASDAQ:).

Although there are no clear fundamental reasons as to why the token is rallying, crypto industry experts speculate that it may be related to the upcoming ‘Binance Blockchain Week’ in Dubai, for which QTUM features as the premier sponsor. The token also launched several marketing competitions and enabled offline staking on the Guarda wallet.