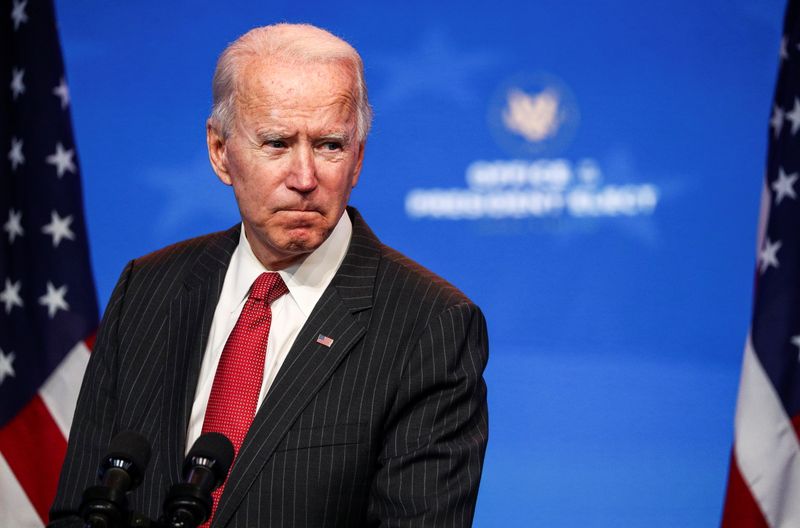 WASHINGTON (Reuters) – President-elect Joe Biden said on Thursday he had selected his Treasury secretary and would reveal his choice as soon as next week.

“We’ve made that decision,” Biden told a news conference. “And you’ll find it is someone who I think will be accepted by all elements of the Democratic Party … progressive to the moderate coalitions.”

He said he would disclose his pick either before or after next Thursday’s Thanksgiving holiday.

Biden’s Treasury nominee, who must be confirmed by the U.S. Senate, may face an agenda of historic depth and breadth, fighting health and economic crises while pursuing the lofty goals the president-elect set during his campaign.

“I think it’s been positive so far,” he said.