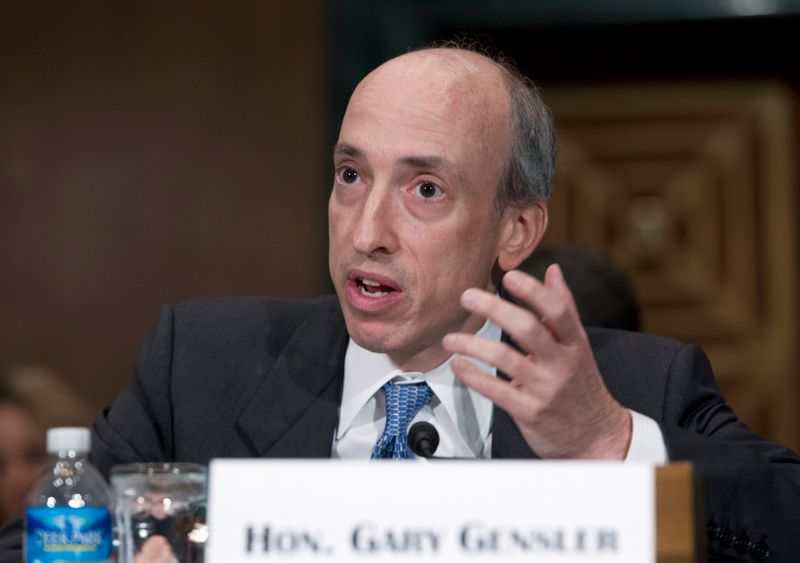 By Trevor Hunnicutt and Michelle Price

WASHINGTON (Reuters) – Democratic presidential candidate Joe Biden, who appeared to be closing in on an election victory, has tapped former derivatives market regulator Gary Gensler to work on a transition plan for financial industry oversight, according to a person with direct knowledge of the matter.

Gensler, who served as chair of the Commodity Futures Trading Commission (CFTC) from 2009 to 2014, will work with a team of policy experts focused on banking and markets regulators, such as the CFTC, Federal Reserve and the Securities and Exchange Commission, as part of the usual agency review process undertaken by an incoming administrations, the person said.

Gensler did not immediately respond to a request for comment on Friday evening. A spokesperson for Biden’s transition team declined to comment.

The decision to appoint Gensler was likely to please many Democrats who applauded his tough stance on Wall Street under former President Barack Obama.

As CFTC chair, he led creation of key swaps rules mandated by Congress following the 2007-2009 financial crisis, developing a reputation as a hard-headed operator who was not afraid to ruffle feathers.

His efforts put the CFTC well ahead on the implementation of the 2010 Dodd-Frank reform law. Other regulators are still implementing the law’s rules a decade later.

A former Goldman Sachs (NYSE:) banker and currently a professor at MIT Sloan School of Management, Gensler also oversaw the prosecution of big investment banks for rigging Libor, the benchmark for trillions of dollars in lending worldwide.

Biden’s team has also tapped KeyBank NA executive Don Graves to work on a broader economic agency review, the same person said. Graves could not immediately be reached for comment but on his LinkedIn (NYSE:) page describes himself as a counselor to Biden.

Before joining KeyBank in 2017, Graves worked in the Obama administration Biden’s director of domestic and economic policy. Before that he was executive director of Obama’s jobs council, according to his LinkedIn.

Biden, who leads incumbent Republican President Donald Trump in the key battleground states, according to several television networks, was accused of being too cozy with Wall Street as a senator and later as Obama’s vice president. He has said relatively little on financial reform more broadly.

One area Biden has focused on are rules that promote lending to low-income communities, which he has pledged to expand. He has also pledged to crack down on credit reporting agencies which are criticized for harming consumers with inaccurate reports and by focusing on scoring factors that disadvantage minorities.