Biden win would lift Mexico-U.S. ties but energy is ‘canary in the mine’ By Reuters 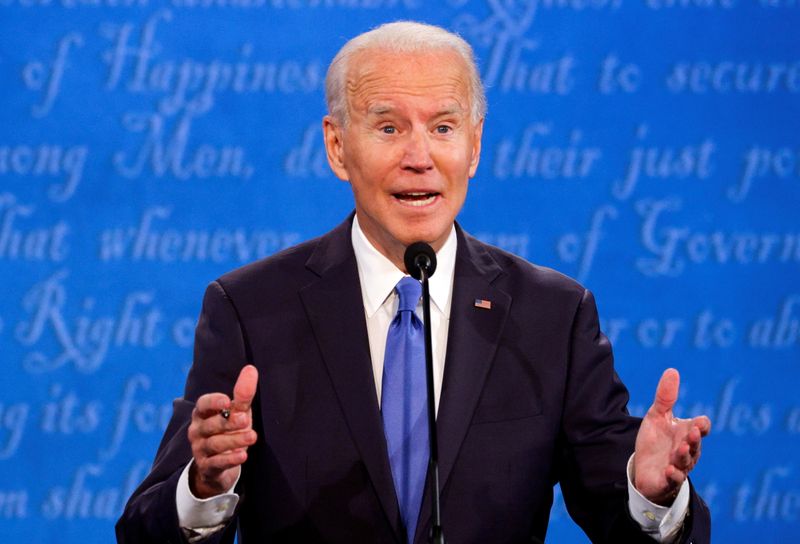 The Democratic former vice president on Nov. 3 aims to unseat Republican President Donald Trump, who has stirred up tensions with Mexico over trade and border security ever since he referred to Mexican migrants as rapists and drug runners at the outset of his 2015-16 presidential bid.

Still, since taking office in late 2018, Mexican President Andres Manuel Lopez Obrador has forged an uneasy alliance with Trump, acceding to his demands to keep out illegal immigrants in return for a relatively free hand in Mexico to interfere with foreign businesses, many of which are planning litigation.

“I think Biden will be able to tell Mexico to make sure that we abide by the rule of law if you have any contracts with energy or whatever,” said Henry Cuellar, a Democratic congressman who chairs the U.S.-Mexico Interparliamentary Group.

Cuellar, a staunch ally of Mexico in its efforts to prevent Trump from tearing up the 1994 North American Free Trade Agreement (NAFTA), said Biden would be firm in adhering to joint accords, but much more actively engaged with the Mexican government.

Biden’s desire to salve diplomatic bruises of the last four years has many politicians in both countries looking forward to a relationship free of the blame games and brinkmanship Trump often deployed to get his way.

Business leaders expect Biden to govern in a more rules-based way than Trump, whose clashes with U.S. courts mirror some of Lopez Obrador’s own battles with checks on his power.

Advocating a more “humane” approach to migration, Biden says he aims to combat the poverty and violence behind it, just as he did in 2014 as Barack Obama’s vice president when he spearheaded a major infrastructure plan to lift Central American economies.

That would dovetail with Lopez Obrador’s attitude in his own election campaign, before Trump threatened to hammer Mexico with trade tariffs if it did not stop the migrants.

Mexico’s government also knows Biden would not want to face a sudden influx of migrants crossing Mexico via Guatemala, said a Mexican official, speaking on condition of anonymity.

“(Mexico) won’t be withdrawing its national guard from the southern border the day Biden takes office,” said the official, expressing the hope the Democrat wins the election.

The Biden campaign did not respond to requests for comment.

The pathway to cooperation on the economy is more fraught.

Billions of dollars worth of energy sector projects, particularly in renewables, have been held up by Lopez Obrador, who argues that past governments rigged the power market to favor private companies at the public’s expense.

This arbitrary use of power was unacceptable for a Mexican government that had just renewed its trade vows with Washington under the United States-Mexico-Canada Agreement (USMCA), the deal replacing NAFTA, a senior U.S. industry source said.

“Companies are watching the (Mexican) energy sector as the proverbial canary in the coal mine on the general investment climate,” said the source, speaking on condition of anonymity to avoid publicly taking sides in the U.S. election.

Investors contend the Mexican government’s steps are discriminatory under protections enshrined in USMCA and NAFTA, under which claims can still be filed until 2023.

“(Businesses) will be advocating very strongly with the Biden administration that the obligations of USMCA be the starting point with which to engage Mexico,” the source added, noting that Trump had done little to hold Mexico to account.

On Oct. 22, more than 40 members of Congress, including Cuellar, signed a letter to Trump protesting Lopez Obrador’s energy policies and urging the U.S. president to act.

The Mexican president has said repeatedly he will defend the primacy of the state in its disputes with energy investors, and it is unclear how flexible he may be.

Mexican officials believe Biden is unlikely to use migration as a bargaining chip over trade access as Trump did.

Some energy investors have already begun litigation and many others plan to sue Mexico once the U.S. election is over, according to five officials, lawyers and industry sources familiar with deliberations.

Lopez Obrador has signaled willingness to negotiate with investors, much as he did in a dispute over gas pipelines last year. The Mexican official said that, provided he could claim a political victory, some kind of compromise should emerge.

The energy disputes have hurt investment, helping to tip Mexico into recession even before the coronavirus pandemic deepened the downturn.

Lopez Obrador hopes that USMCA will help dig Mexico out of the economic rut, and lure industrial capacity back from China to strengthen regional supply chains.

For that to happen, companies must be able to rely on Mexico to respect investments, so pressure from Biden would be welcome, said Emilio Cadena, a former head of Mexican manufacturing export industry group Index.

“It won’t be easy, and they’re going to demand a lot from us,” he said. “I’m all in favor of it. Because it will move us all toward greater legal certainty and more competitiveness.”