Bitcoin: All-Time Highs In Sight, This Time Without The Hype


In these unprecedented times, it’s oddly reassuring to see something…precedented…happening in global markets.

Defying hundreds of obituaries, has risen from the ashes to approach record highs again, mirroring 2017 when countless millennials convinced their uncles to buy cryptoassets over the Thanksgiving table in advance of a blowoff top by Christmas. As the chart below shows, Bitcoin’s price is notably higher than it was at this time three years ago… 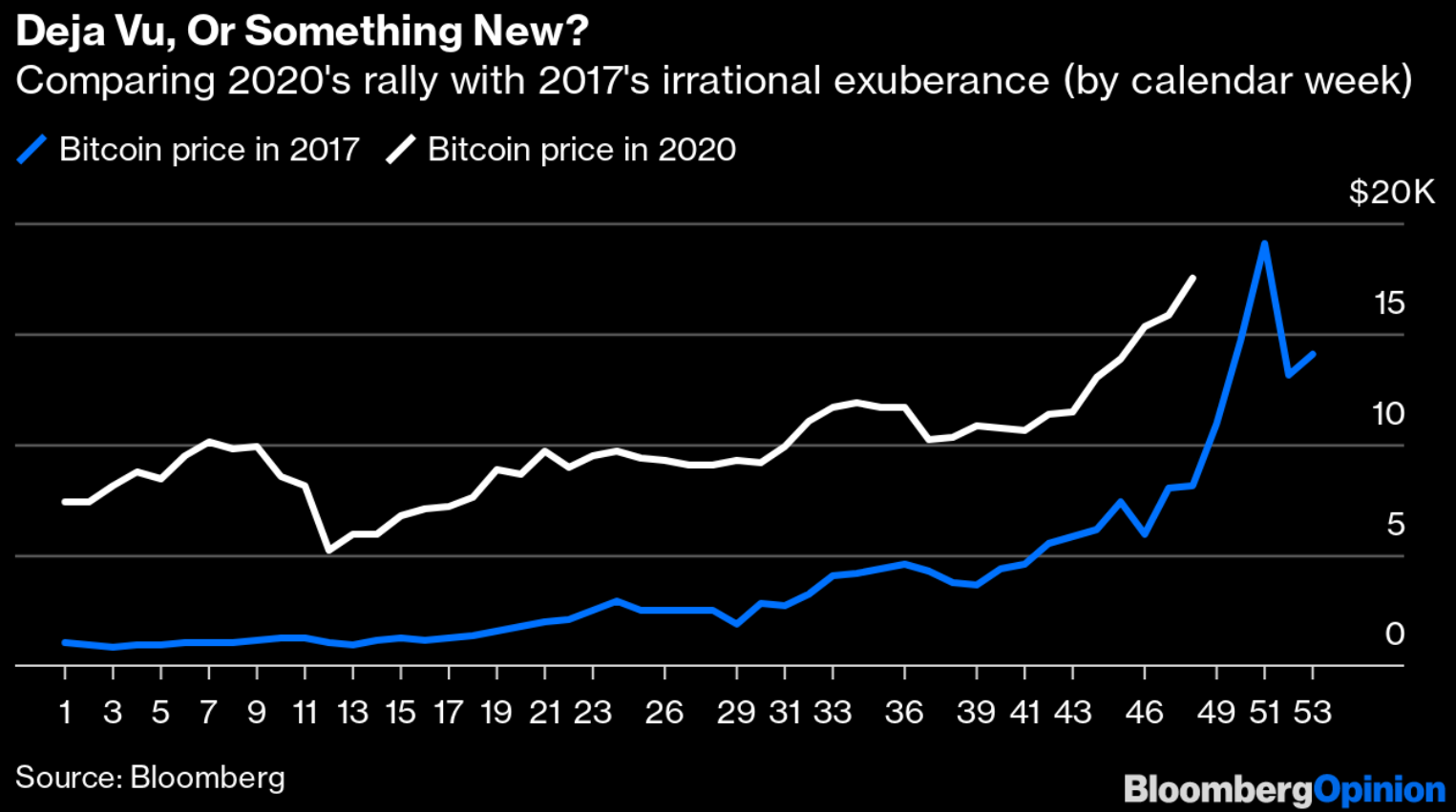 …but public interest, as measured by mentions of Bitcoin in media articles, is at a low ebb: 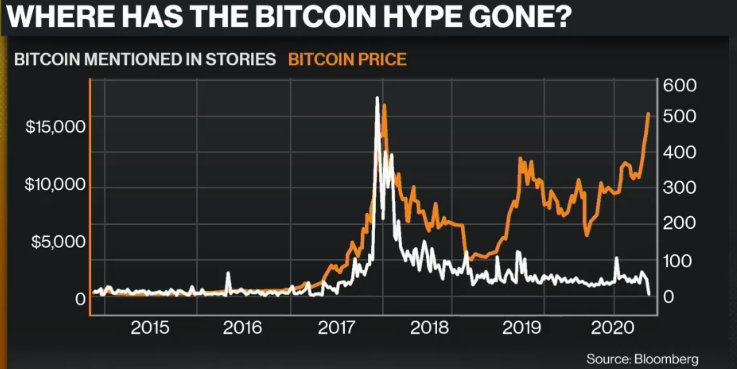 In other words, another big bull run could have far further to run if/when the public reaches the euphoric FOMO (“fear of missing out”) stage again.

The technical picture can be summed up succinctly: is clearly overbought across most short- and medium-term timeframes, so a brief pullback/consolidation is likely soon, but the world’s oldest cryptocurrency has closed exactly three days above the current price near $18,000, so there’s little in the way of overhead resistance to prevent new all-time highs this year.

Looking at the “fundamentals” such as they are, the Bitcoin network is as active as ever and substantially more secure than it was at this time three years ago. As the chart below shows, the nearly 1M active Bitcoin addresses is on par with the last bubble’s peak, while the hashrate (a measure of the raw computing power securing the Bitcoin network) has surged from roughly 10 Exohashes/second to about 130 Exohashes/second today:

Meanwhile, there’s plenty of anecdotal evidence of broader adoption, from purchases by legendary hedge fund manager Paul Tudor Jones and large allocations from corporate treasuries like Microstrategy on the institutional side to surging purchases on the Cash app and new ways to buy through firms like PayPal on the retail side.

The confluence of a generally bullish technical picture, vastly improved fundamentals, and clear narratives around adoption, all while remaining generally “under the radar” for most investors, suggests that traders may continue to buy the cryptoasset on short-term dips for a potential move into record territory… and beyond. At this point, only a break back below previous-resistance-turned-support in the $12,000 area would call the medium-term bullish bias into question.