Bitcoin Decoupling From Gold In Push For All-Time High

passed $19,000 for the first time since 2017 yesterday, in its ongoing push for all time high. Conversely, the price of has recently fallen, showing that the two assets aren’t always closely correlated.

Bitcoin has been rising against gold throughout 2020.

The correlation coefficient between the two assets over the last six months is at -0.72, signaling that they’ve mostly been moving in different directions. 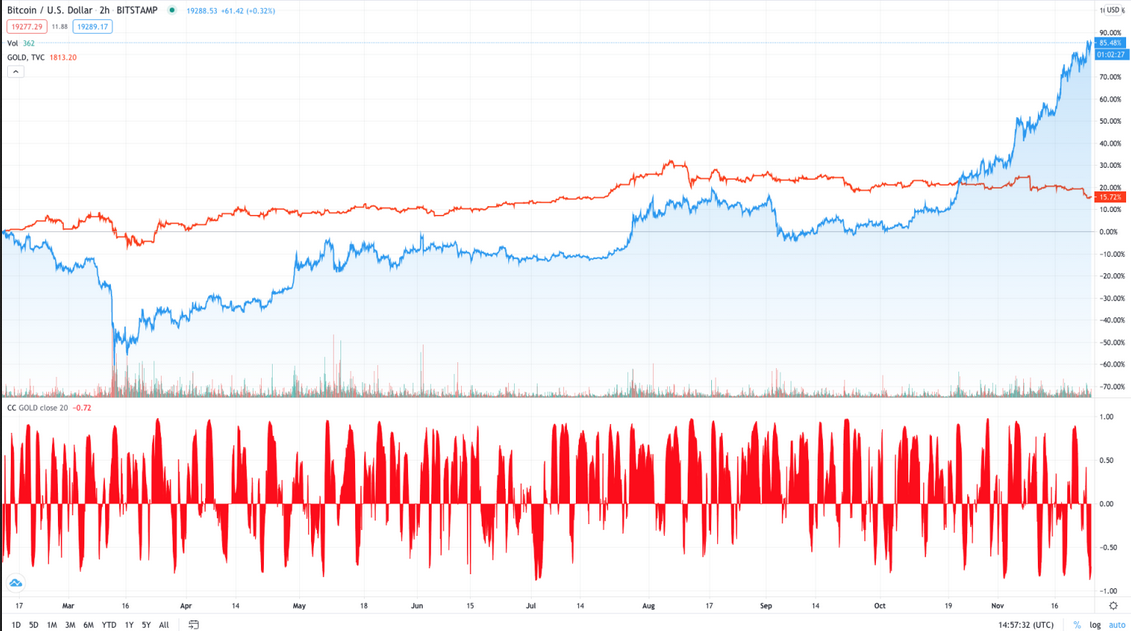 A key reason for the weak link is Bitcoin’s significant growth over the second half of this year. It’s risen 119% since June, surging to record highs in recent weeks.

This week, the number one cryptocurrency $19,000 for the first time since December 2017 and had been trading above $15,000 since Nov. 8. That’s the longest stretch Bitcoin has had at this price level in its history.

Gold, meanwhile, hasn’t had such a positive streak. 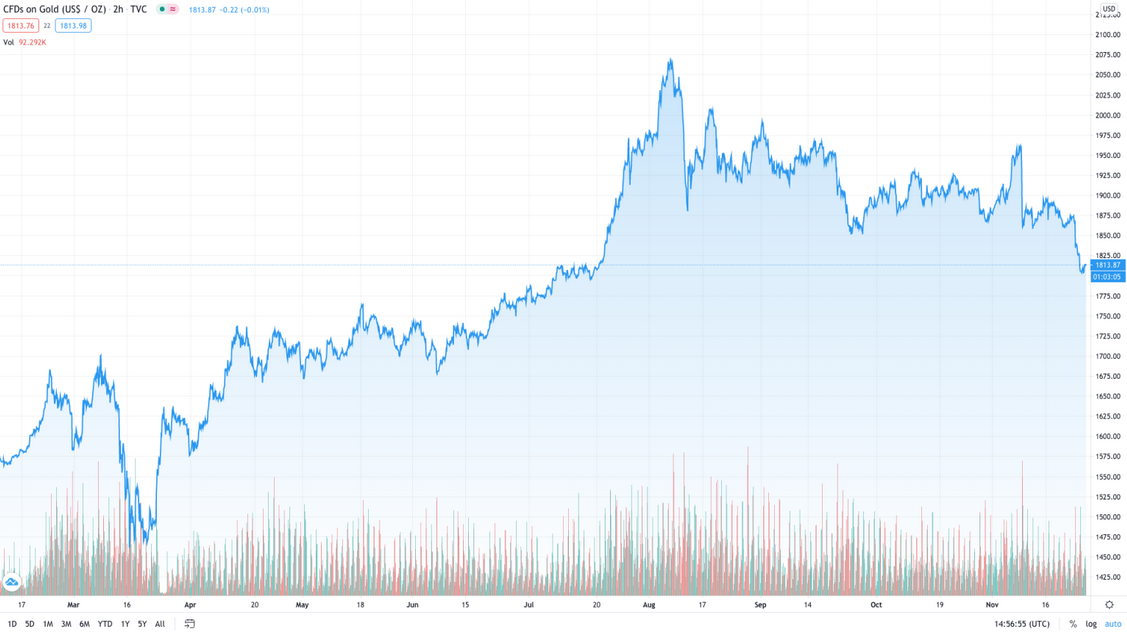 Earlier this year, the assets were following a much closer path.

The correlation coefficient hit as high as 0.86 in the days after “Black Thursday,” when equities and crypto markets crashed in unison in response to the Coronavirus pandemic. The events saw investors scrambling to move “risk-off” at a time of global panic, leading to a fierce 50% drop in crypto markets on Mar. 12.

But Bitcoin’s meteoric rise over the last few months shows that the first-ranked crypto often dances to its own tune.

While other cryptocurrencies have followed Bitcoin’s ascent, anyone who’s held onto gold since August will currently be down on their investment.

Recently, the first-ranked crypto has experienced a “supply crunch,” thanks in no small part to the number of institutional investors that have entered the market. In addition to firms like PayPal, Microstrategy, and Grayscale placing bets on Bitcoin, notable investors including Paul Tudor Jones and Stan Druckenmiller have been vocal about the asset’s potential as a store-of-value.

Ray Dalio, too, made a surprising U-turn, suggesting that he “might be missing something” in assessing Bitcoin’s true value. The price jump has also led to Bitcoin attracting the interest of several mainstream media publications, potentially fuelling wider interest from speculative retail investors.

There will never be more than 21 million Bitcoin, which explains why it’s often described as a form of “digital gold.”

With such a dramatic shift in the narrative surrounding BTC over the last few months, global markets could soon see increasing numbers of investors turning to scarce digital assets over hard, physical commodities.