starts the new working week with moderate optimism, adding about 1% and trades around $10,900. The altcoin market replicates the moderately positive dynamics of Bitcoin.

The benchmark cryptocurrency is approaching an important technical level, which will open the way for further growth. At the same time, the psychologically important level for the market is slightly higher—at $12K. In the recent past, the coin failed several times to overcome this level. Passing $12K may become a turning point for investor sentiment, launching a new round of growth. 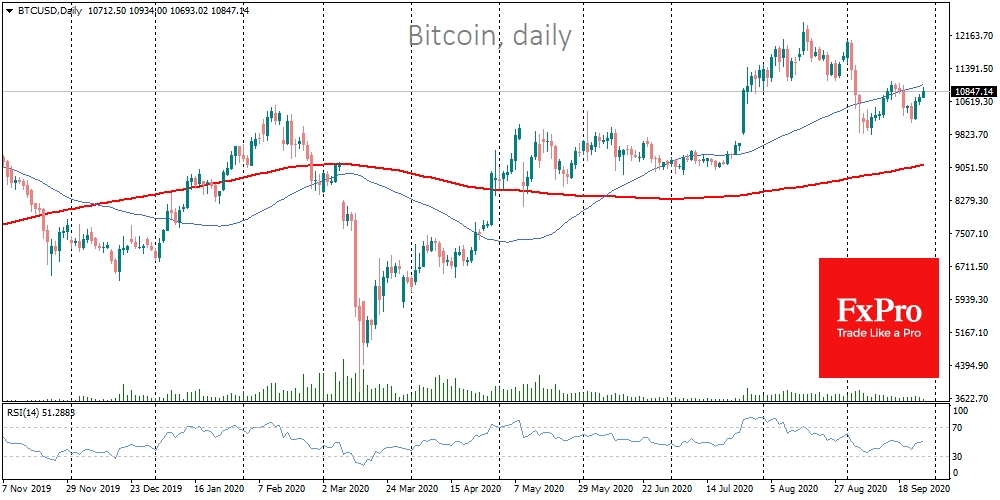 In the meantime, Bitcoin’s ability to hold its positions, as well as a significantly increased trading volume, can be considered a positive factor. On Thursday trading volume jumped twice to $50 billion and held around this level until Monday morning. However, even at $44 billion, it remains elevated, further boosting the growth momentum for the cryptocurrency.

Central banks are strongly supporting the markets, promising to keep monetary policy soft for the foreseeable future. In addition, governments continue to discuss new support packages, which also fuels risk appetite among investors. But globally, there is a force that can ruin the mood of the market regardless of the size of the promised incentives. The current pandemic statistics do not promise anything good to the global market.

Still, we seem to have come to a point where saving the economy will take precedence over saving lives. While potentially saving lives is more profitable, the focus may now shift. It’s very likely that this time, the restrictions will be more of a recommendation, which also means less direct support to households and businesses. 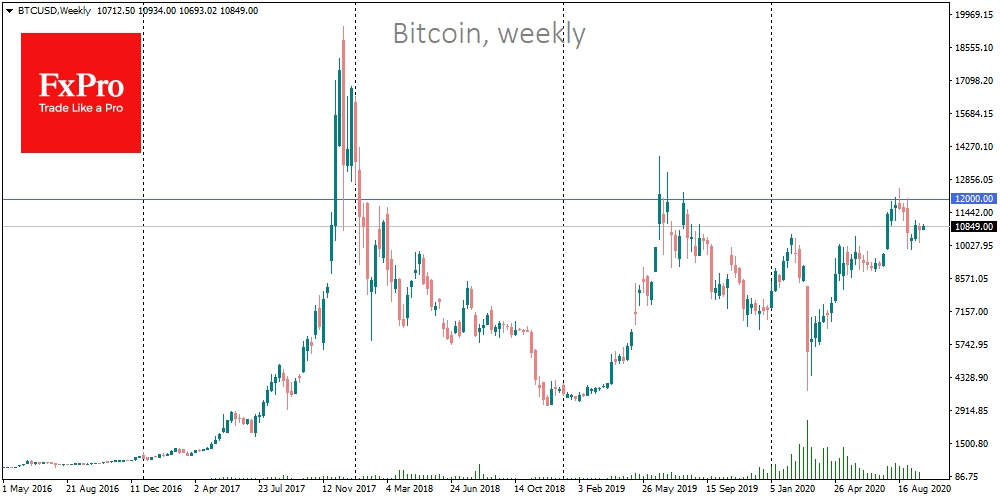 Big picture for Bitcoin: $12K as an important milestone

In addition to the epidemic, the U.S. elections are approaching. It can hardly be said that any candidate will have a clear advantage, which threatens to bring new shocks, including for the economy. In case of a stock market crash that will pull down Bitcoin, will investors buy the coin as actively as they did after the March correction?

At this stage, it is difficult to consider Bitcoin as a depleted project, but the fact that the coin faces such difficulties in overcoming the levels that are not its historical highs, suggests that it will remain far off from repeating the 2017 hype, not only in terms of the scale of discussion but also in terms of price in the foreseeable future.