approaches overbought territory despite bullish sentiment in the cryptocurrency market.

Bitcoin had been sitting a few hundred dollars shy from new all-time highs, but several on-chain metrics and technical indexes suggest that the latest correction may steepen.

Bitcoin made headlines after climbing above $19,000 for the first time since December 2017. The chatter around the flagship cryptocurrency skyrocketed as prices surged over 80% in the past two months.

“The crowd is still quite positive currently, and we consider this to be confidently bearish territory based on history,” said Brian Quinlivan, Marketing and Social Media Director at Santiment.

The positive social engagement metrics coincide with the extreme levels of optimism recorded among market participants.

Historically, Bitcoin’s price tumbles when social perception is high. The question now is defining the depth and duration of an incoming correction. Some, like Quantum Economics analyst Jason Deane, told Crypto Briefing that:

“Some technical indicators do show that Bitcoin is currently overbought and I think it is entirely possible that there will be a minor correction quite quickly after the ATH is breached. However, because Bitcoin’s fundamentals are strong, its supply is fixed and institutional interest shows no sign of slowing down, my view is that I’d expect any correction to be shallow and short-lived before resuming upwards price discovery.”

The TD sequential indicator adds credence to the pessimistic outlook. This technical index presented sell signals in the form of green nine candlesticks on BTC’s 1-week and 3-day charts.

The bearish formations forecast a one to four weekly candlesticks retracement before the uptrend resumes. 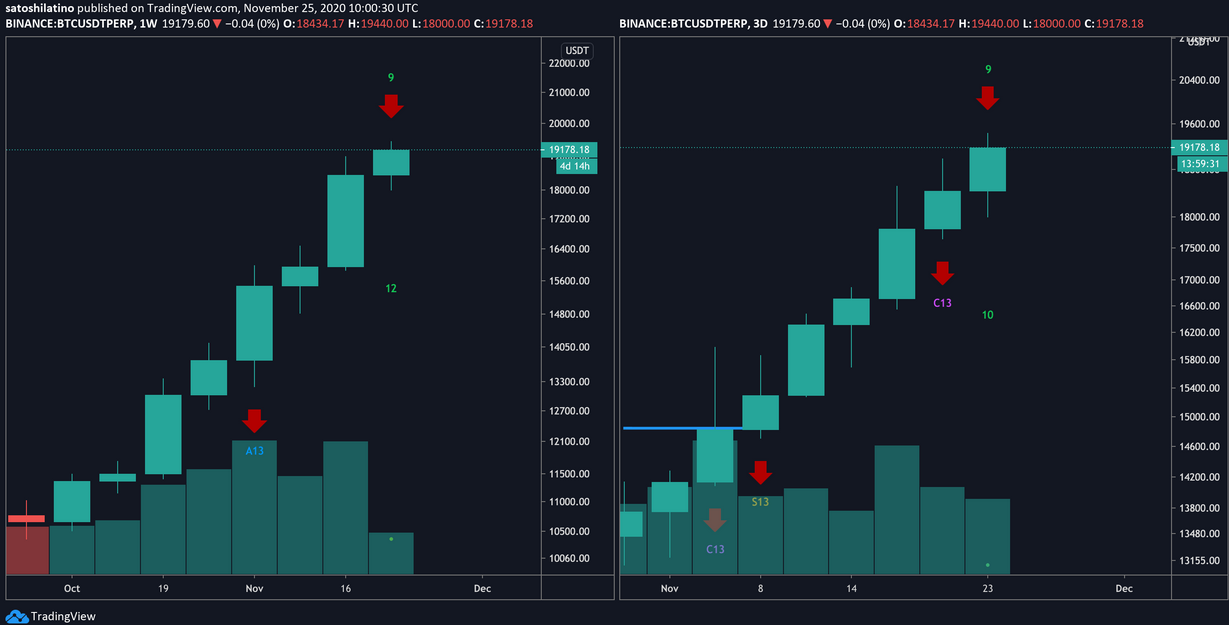 A spike in sell orders around the current price levels may be significant enough to validate the TD setup’s outlook. If this were to happen, one of the most significant support levels underneath Bitcoin sits at $11,500.

But before prices can fall to this point, there are two other demand areas that this cryptocurrency must break. These support levels lie at $16,000 and $13,500, respectively. 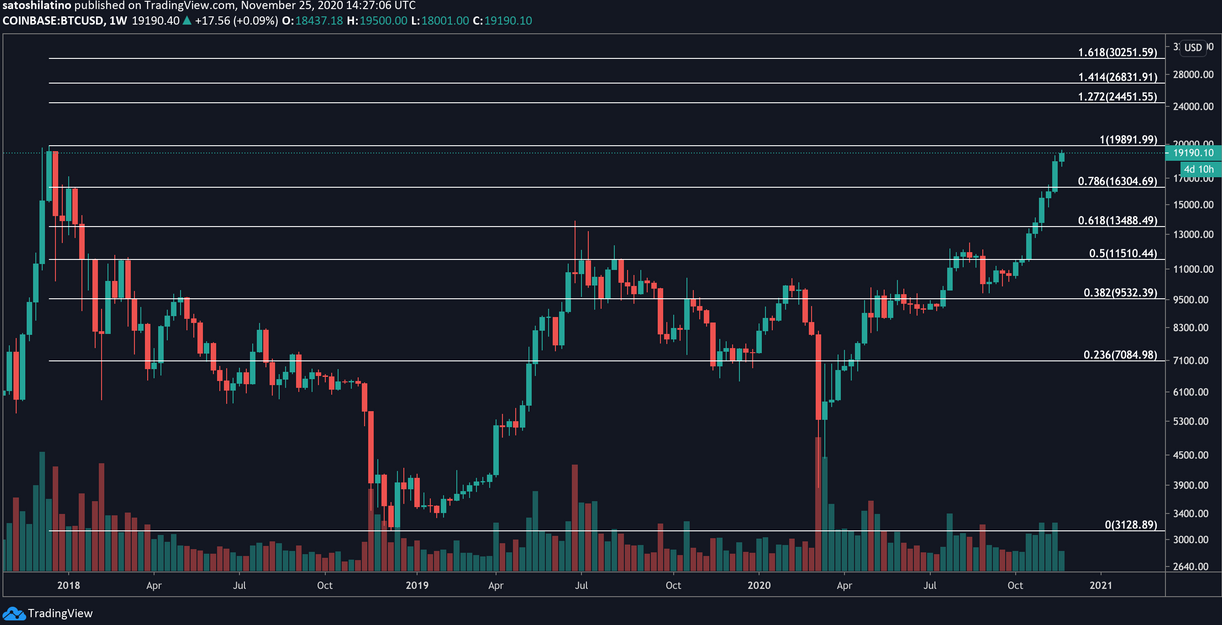 It is worth mentioning that if the bellwether cryptocurrency manages to close above December 2017’s high of $19,900, the bearish outlook will be jeopardized.

Trading veteran Peter Brandt believes that moving past this resistance barrier could even see BTC rise towards $56,000. The 127% and 161.8% Fibonacci retracement levels may serve as potential hurdles on the way up.