appears to be forming a massive bearish pattern that could see the token’s price plummet below $100.

BNB appears to have been developing a head-and-shoulders pattern on its daily chart since mid-February. The fourth-largest cryptocurrency by market cap currently appears to be forming the right shoulder of the bearish formation.

A spike in selling pressure that pushes BNB below the head-and-shoulders’ neckline could lead to a significant decline. Slicing through the $280 support could mark the beginning of a downtrend by as much as 65% towards $98.

This bearish target is determined by measuring the height between the pattern’s head and neckline and adding that distance down from the breakout point. 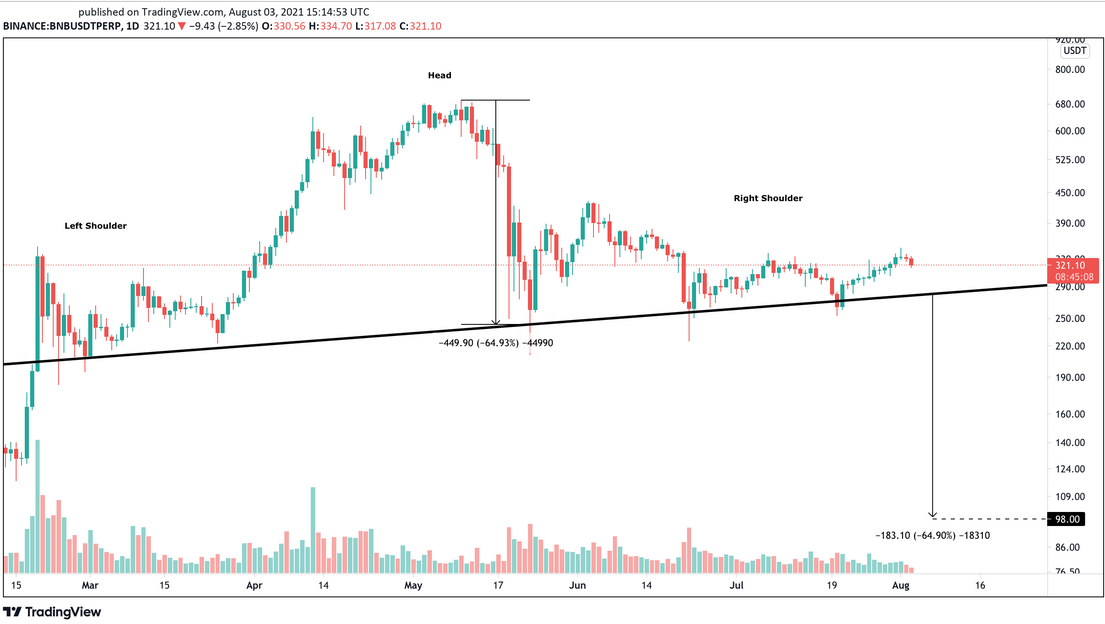 Binance Coin faces only one demand barrier on its way down that may prove challenging to break, but a daily candlestick close below late March’s low of $211 will further validate the pessimistic scenario. If this occurs, the Fibonacci retracement indicator suggests that the next considerable area of interest sits at $80. Roughly 18 points below the head-and-shoulders’ target of $98. 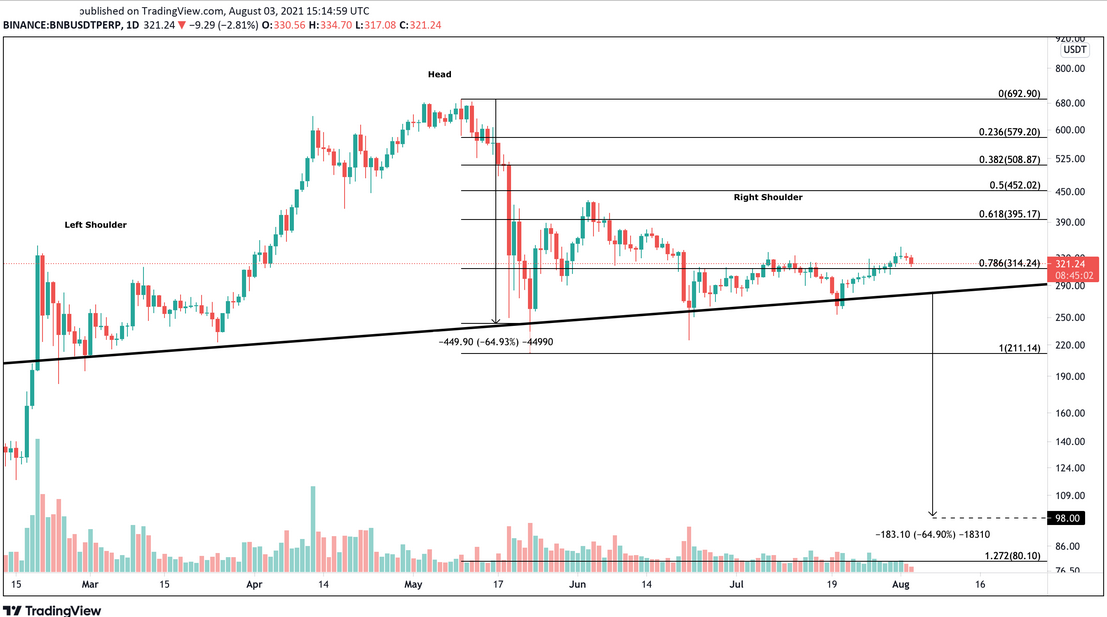 It is worth noting that if Binance Coin manages to hold above the 78.6% Fibonacci retracement level at $314, an upswing towards $395 could be imminent. Such a bullish impulse might serve as a bull trap that leads to massive liquidations across the board as the head-and-shoulders pattern gets validated.

Based on this technical formation, the only way Binance Coin can invalidate the bearish outlook is by closing decisively above the right shoulder, which coincides with the 50% Fibonacci retracement level. Claiming $450 as support would signal the continuation of the uptrend towards new all-time highs.

Facebook
Twitter
Pinterest
WhatsApp
Previous articleValuart Sells Its First NFT Artwork “Spike” for 65 ETH Worth of Around $153,000 By CoinQuora
Next articleGerman service sector grows at record pace after lockdown lifted By Reuters