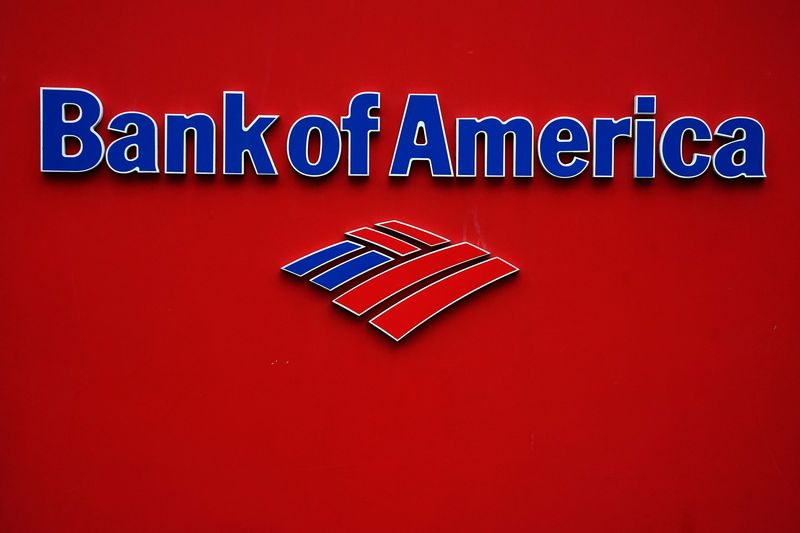 LONDON (Reuters) -Global government bond losses are on course for the worst year since 1949 and investor sentiment has plummeted to its lowest since the financial crisis, BofA Global Research said in a note on Friday.

This year’s dramatic bond tumble threatens credit events and a potential liquidation of the world’s most crowded trades, including bets on the dollar that have taken the greenback to multi-year highs against other currencies and bets on U.S. technology stocks, the bank said.

Bond funds recorded outflows of $6.9 billion during the week to Wednesday, while $7.8 billion was removed from equity funds and investors plowed $30.3 billion into cash, BofA said in a research note citing EPFR data.

Investor sentiment is the worst it has been since the 2008 global financial crash, the note said.

U.S. markets appear set for another volatile day. Wall Street futures fell on Friday as investors fretted over the prospect of an economic downturn and a hit to corporate earnings from the U.S. Federal Reserve’s aggressive policy tightening moves to quell inflation. The is down nearly 5% this month and approaching its mid-June bear market lows.

Treasury yields, which move inversely to bond prices, were again rising after hitting their highest level since 2011 on Thursday, with the U.S. benchmark 10-year yield recently around 3.76%.

The bond crash “threatens liquidation of (the) world’s most crowded trades” including long dollar and long U.S. tech, BofA wrote.

BofA said investors faced more inflation, interest rates and recession shocks, adding a bond crash meant that a high in credit spreads and low in stocks had not yet been reached.

Aggressive rate hikes from major central banks to contain inflation, even as growth slows, has unnerved world markets and sparked a fresh surge in bond yields this week.