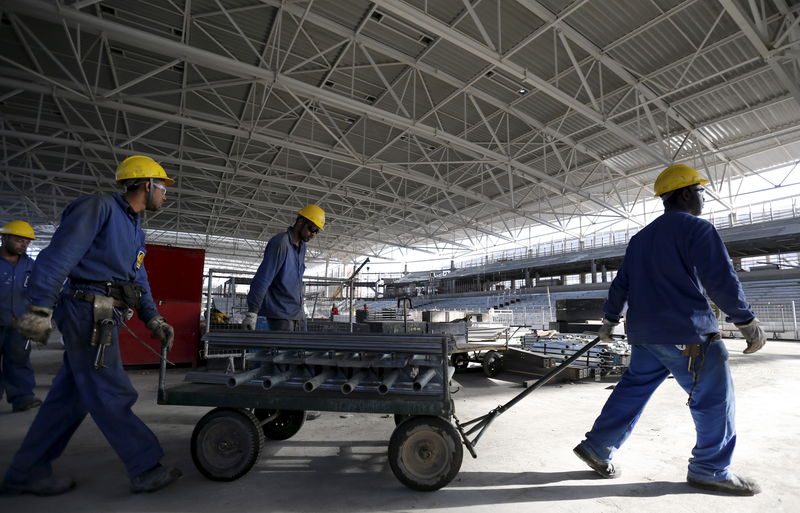 BRASILIA (Reuters) – Economic activity in Brazil rose in September for a fifth month, a central bank survey showed on Friday, more than economists had expected and pointing to a solid recovery in the third quarter from the worst of the COVID-19 shock earlier in the year.

The central bank’s IBC-Br index, often seen as a good proxy for broader gross domestic product, rose a seasonally-adjusted 1.3% in September from August, above the median 1.0% forecast in a Reuters poll of economists.

It brought the cumulative increase over the third quarter to 9.5%, but still leaves activity 2.5% below its pre-pandemic level in February, the central bank figures show.

It was the fifth monthly increase in a row, but because August’s rise was revised up to 1.4% from 1.1%, September’s increase was the smallest of them all.

Compared to September last year activity was down 0.8%, and on an accumulated 12-month basis it is down 3.3%, both on a non-seasonally adjusted basis, the central bank said.

By this measure, Latin America’s largest economy is still 8.3% smaller than it was at its peak in December 2013.

Brazil’s economy is expected to register its biggest ever annual slump this year, with the government forecasting a 4.7% fall. Economy Minister Paulo Guedes insists that Brazil will suffer less and will recover more quickly than many other countries due to government and central bank support.

Retail sales have already reached new all-time peaks, as has manufacturing, according to purchasing managers indices. The economy is also creating net job growth again, according to some indicators.

Guedes reiterated his bullish view of the economy this week, saying it is in a ‘V-shaped’ recovery and could grow by as much as 4% next year.