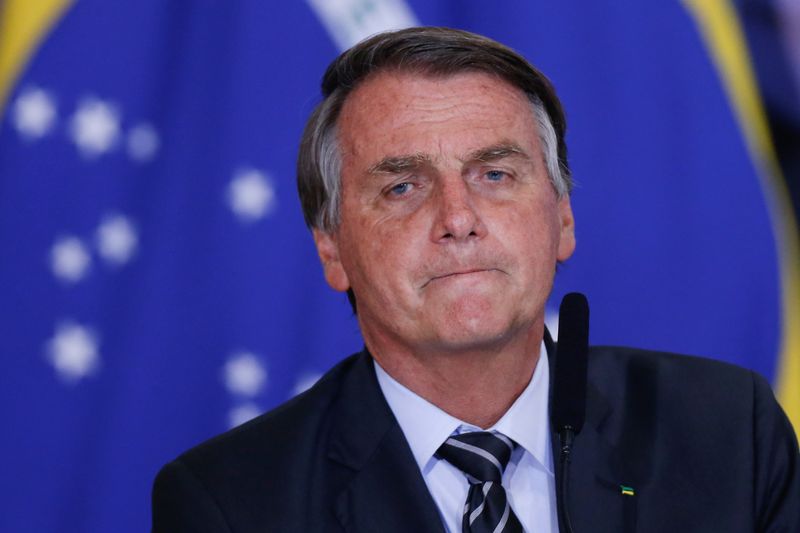 BRASILIA (Reuters) – Brazilian President Jair Bolsonaro said on Thursday that British Prime Minister Boris Johnson, whom he met this week in New York, asked him for an “emergency” agreement to supply a food product that is lacking in Britain.

Bolsonaro, speaking on his weekly webcast to supporters, did not name the product, but said he had passed Johnson’s request to his agriculture minister, Tereza Cristina.

“He wants an emergency agreement with us to import some kind of food that is lacking in England,” he said.

The British Embassy in Brazil disputed Bolsonaro’s account, saying that what the Brazilian president said was not its recollection of the facts.

The president’s office did not immediately respond to a request for clarification on the product.

A price surge has forced some British fertilizer plants to shut in recent weeks, leading to a shortage of CO2 used to put the fizz into beer and sodas and stun poultry and pigs before slaughter.

The British government, seeking to avert meat and poultry shortages, has extended emergency state support and warned its food producers to prepare for a 400% rise in carbon dioxide prices.

Ministers, including Johnson, have repeatedly brushed aside suggestions there could be shortages of traditional Christmas fare such as roast turkey, though some suppliers have warned of them.

Bolsonaro said Johnson also asked him to help increase Brazilian imports of whisky from Britain, but he added in his social media talk that this was up to private business and not his government.

Facebook
Twitter
Pinterest
WhatsApp
Previous articleAnalysis-For Xi and China Evergrande, a delicate balancing act By Reuters
Next articleDollar Up, but Remains Near Week Low Even as Risk Sentiment Slowly Improves By Investing.com