Brexit talks go into another week as EU, UK push to salvage trade deal By Reuters 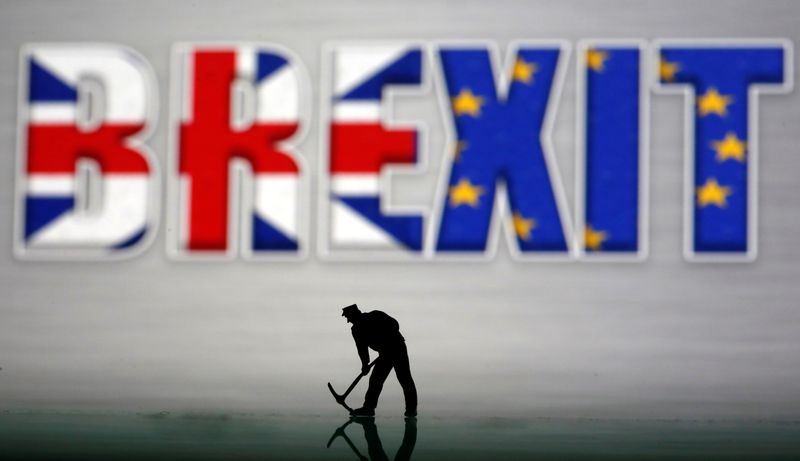 © Reuters. FILE PHOTO: A small toy figure is seen in front of a Brexit logo in this illustration picture

BRUSSELS (Reuters) – EU and British Brexit negotiators will continue talks in Brussels on Monday and until around mid-week, sources on both sides said on Sunday, in a sign both sides are still pushing to avoid a damaging breakdown in trade in less than nine weeks.

Intensive and secretive, the talks are a final bid to seal a new partnership agreement for when Britain’s transition out of the European Union runs its course at the end of this year.

If the sides overcome their differences, the new deal would govern everything from trade and energy to transport and fisheries. If they fail, an estimated $900 billion of annual bilateral trade in goods and services would be damaged from Jan.1 by tariffs and quotas.

An EU diplomatic source and a UK official said negotiations would continue face-to-face in Brussels on Monday following a full weekend of talks. An update on their progress and the chances of a deal was expected on Wednesday or Thursday, they added.

EU Brexit negotiator Michel Barnier said on Friday that “much remains to be done” to seal a deal.

Another EU diplomat following Brexit in Brussels told Reuters over the weekend that talks were still difficult on the most sensitive issues, including those of economic fair play, fishing rights and how to settle disputes in future.

Both sides have, however, previously signalled their readiness to compromise on fisheries – a politically sensitive issue for both Britain and France, as well as several other EU states – and Reuters reported on Oct.23 that Paris was already laying the groundwork to net a deal.

With time running out, financial markets and businesses are increasingly jittery as Britain and the EU face three main scenarios: a deal this year that salvages free trade, a tumultuous economic split, or a fudged arrangement that would settle future ties in a handful of areas but leave the rest up in the air.