Buyers moving up ‘handcuffed’ by hard-to-sell condos By Reuters 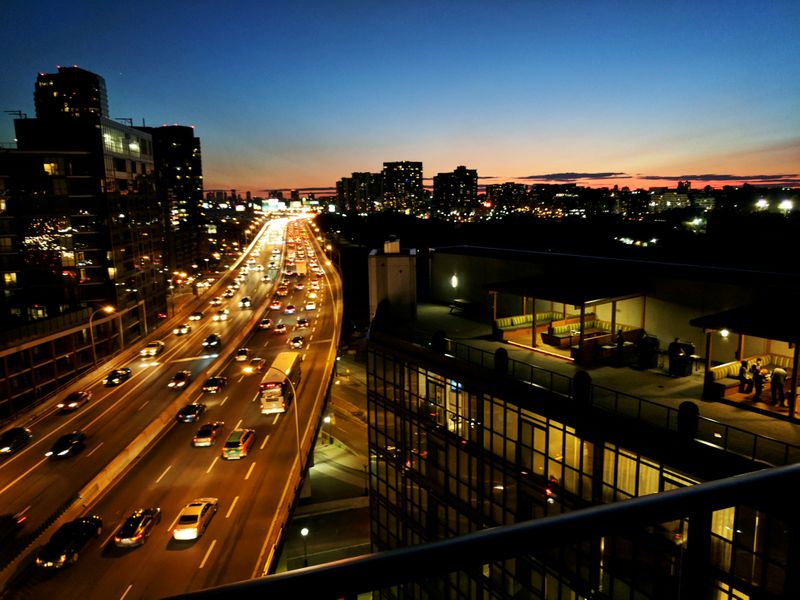 By Nichola Saminather and Julie Gordon

TORONTO/OTTAWA (Reuters) – Eager to move his young family into a house with a backyard amid the pandemic, Dale-Paul Jordan listed his Toronto condo for sale last month and prepared to start bidding on detached homes.

But the condo didn’t sell or get a single viewing. And when another seller in the building slashed their asking price, Jordan and his wife pulled the unit off the market and decided to delay their dream until spring at least.

“One of the things we’re handcuffed to is selling our condo to help with the downpayment,” Jordan said.

The couple are among a growing cohort of would-be buyers in Canada keen to move up the property ladder, but are trapped by a flood of condos in the Toronto and Vancouver markets. The situation is only expected to worsen with a near-record number of new condos under construction.

The COVID-19 pandemic has sped up a flight to the suburbs, with big-city condo dwellers trading up to detached homes with backyards and home offices, mirroring trends seen in cities like New York and London.

Their spending power has also been bolstered by record-low interest rates.

But as more people find themselves in the Jordans’ position, there will be fewer buyers for detached homes, real estate experts said, and that could have a trickle-down effect on the red-hot detached home market.

The cracks appearing in the condo market may well become the fault-line in Canada’s housing market. The average home price in Canada has climbed 17% since October 2019.

“Many buyers of single-family homes are move-up buyers who are relying on the sale of their condo in order to climb the property ladder,” said Vancouver agent and analyst Steve Saretsky in a note.

The average sale price of a detached home in the Toronto area is nearly 15% higher than a year ago, while condos have gained less than 1%. The widening gap is putting pressure on condo sellers trying to upgrade.

Indeed some agents say they have had clients on the brink of reneging on detached home offers, because of worries they won’t be able to sell their condo.

“We came very close a few times but we got the deal done,” said Thomas Mirkovich, a Toronto-based broker. “I had to have a lot of ‘come to Jesus’ moment conversations.”

Add in other pressures – Canada’s still-high unemployment rate, a sharp drop in immigration, and the winding down of mortgage deferral programs and emergency pandemic benefits – and conditions could be ripe for a reckoning.

“Now people can’t sell their condos downtown. Nobody wants to buy a condo,” Hilliard MacBeth, a portfolio manager and author of ‘When the Bubble Bursts,’ said in an interview.

“The government support means the real start of the recession has just been delayed.”

Detached home sales in Toronto’s suburbs surged from a year ago, while active listings are at their lowest since 2016. But in the city center, a cliff is looming, with listings doubling as sales slide, and 22,434 new units set for completion in the Toronto area in 2021.

The surge in condos for sale is partly driven by investors facing a dearth of renters amid lower immigration, job losses and the evaporation of short-term rental demand due to pandemic-linked travel restrictions.

Condos for rent in the Toronto area doubled in the third quarter from a year ago and rents have plunged.

Prices are still up on the year, but falling by the month.

Toronto real estate agent Scott Ingram said he recently helped a couple who had bought a house outside the city sell their downtown condo.

When they first started talking, comparable units were selling for around C$700,000. By the time they listed six weeks later, they had to settle for C$641,000.

Moody’s (NYSE:) Analytics forecasts that Canadian home prices will drop 7% in 2021, with both detached and condos falling. It sees Toronto area prices slipping to early 2017 levels and not fully recovering until mid-2023.

Ingram expects condo prices to continue to tumble as inventory piles up, and sellers who hold off may regret doing so.

“Today’s cut rate may be tomorrow’s good price,” he said.