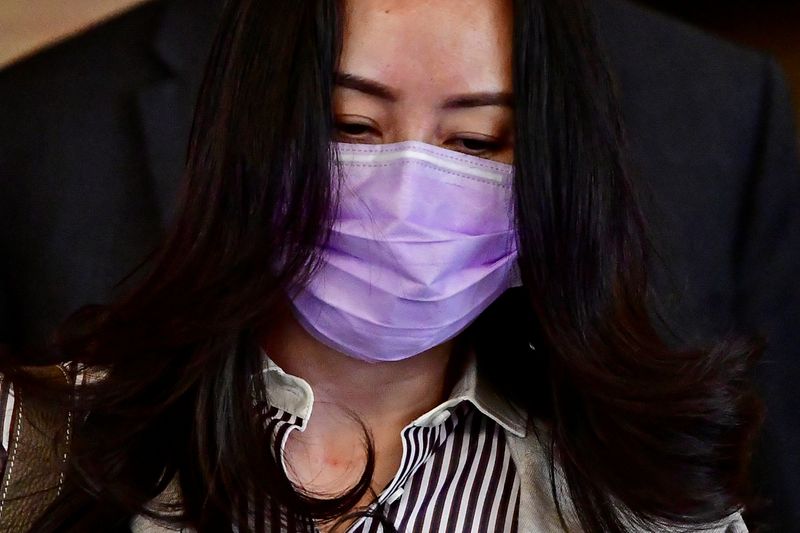 The five days of hearings will focus on alleged abuses of process committed by Canadian and U.S. authorities during Meng’s December 2018 arrest at Vancouver International Airport.

Meng, 48, is charged by the United States with bank fraud for allegedly misleading HSBC about Huawei’s business dealings in Iran, causing the bank to break U.S. sanction laws.

She denies the charges and is fighting extradition from under house arrest in Vancouver.

Meng’s lawyers have argued that Canadian authorities improperly communicated with their American counterparts, including allegedly sharing identifying details about her electronic devices.

Canada has denied this and provided affidavits to that effect from members of the federal Royal Canadian Mounted Police (RCMP) who were involved in Meng’s arrest.

Cross-examinations this week will largely comprise Meng’s team focusing on the alleged involvement of U.S. officials in her arrest, omissions or improper disclosures from Canada, and discrepancies between RCMP officers’ affidavits and emails that Canada’s Justice Department was forced to disclose, a source familiar with Huawei’s strategy said. The source was not authorized to speak publicly.

Abuse of process arguments are scheduled for Feb. 16 to March 5, 2021, the Justice Department has said.

Calling live witnesses in an extradition case is “very, very unusual,” said Leo Adler, a Toronto-based extradition lawyer, particularly if both sides will be able to cross-examine. Adler is not involved with the case.

Meng’s team was able to do that based on documents released to them, Adler said, another aspect that is rare in extradition cases.

“You don’t normally get much by way of disclosure and even less often, way less often, do you get the right to cross examine witnesses,” Adler said.

Meng has sought the release of documents, including emails between Canadian and U.S. authorities, to prove abuses of process took place.

The strategy has seen some success. In late 2019, the British Columbia Supreme Court’s Associate Chief Justice Heather Holmes ruled that Canada must release a trove of documents to Meng’s lawyers.

Since then, Meng has largely been blocked from accessing more documents, as federal and provincial judges agreed with the Canadian government that handing them over could threaten national security and attorney-client privilege.

Meng’s case, which is expected to last years, has strained relations between Ottawa and Beijing. Soon after her detention, China arrested Canadian citizens Michael Spavor and Michael Kovrig, charging them with espionage.

Hearings are scheduled to wrap up in April 2021.