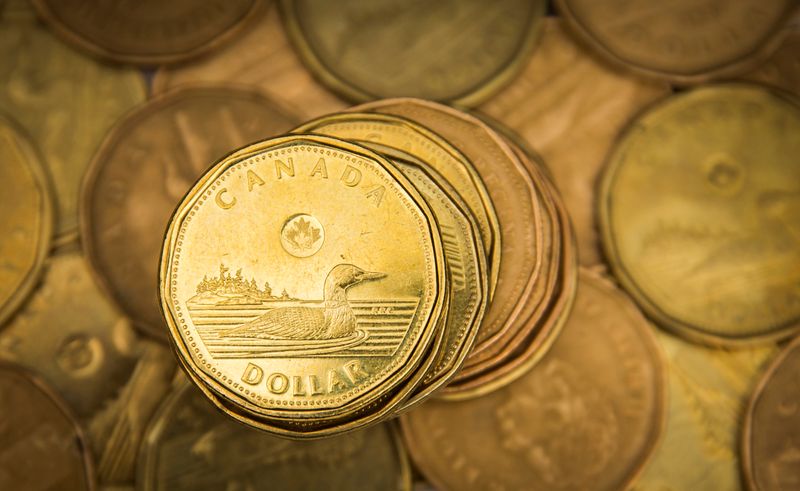 © Reuters. FILE PHOTO: A Canadian dollar coin, commonly known as the “Loonie”, is pictured in this illustration picture taken in Toronto

TORONTO (Reuters) – The Canadian dollar is set to extend its rally over the coming year if the COVID-19 crisis becomes less of a drag on the global economy, FX strategists said, adding that a Democratic sweep in the U.S. election would bolster prospects for the currency.

The has rallied nearly 11% against its U.S. counterpart since March, but progress has stalled over the last two months as resurging coronavirus cases and delay of a U.S. pandemic relief package weighed on investor sentiment.

The outlook for fiscal stimulus will be shaped by Tuesday’s U.S. election, including the White House race between President Donald Trump and his Democratic challenger Joe Biden.

“If you do have a Biden victory, particularly a Blue Wave, we would have a larger expectation that you would see a much larger fiscal package come through,” said Mazen Issa, senior FX strategist at TD Securities.

“That is ultimately reflationary and pretty positive for risk assets. It’s an environment that the (U.S.) dollar should underperform and the CAD should do particularly well,” Issa said.

Blue is the color associated with the Democratic Party, versus Republican red. Biden is well ahead in national opinion polls, but races are tighter in battleground states that will be crucial to the election result.

Canada is a major producer of commodities, including oil, so the loonie tends to be sensitive to the outlook for the global economy. That outlook has become more uncertain in recent weeks as some countries, including Canada, reintroduced measures to help contain the spread of the virus.

“We see the Canadian dollar remaining around 1.33 over the next few months due to continued uncertainties related to the pandemic,” said Hendrix Vachon, a senior economist at Desjardins.

“Subsequently, the international context should improve, which would favor several currencies, including the loonie.”

Last month, a Reuters poll predicted the world economy grow 5.3% next year after shrinking 4.0% this year. That is a touch higher than the International Monetary Fund’s latest forecast of 5.2% in 2021.