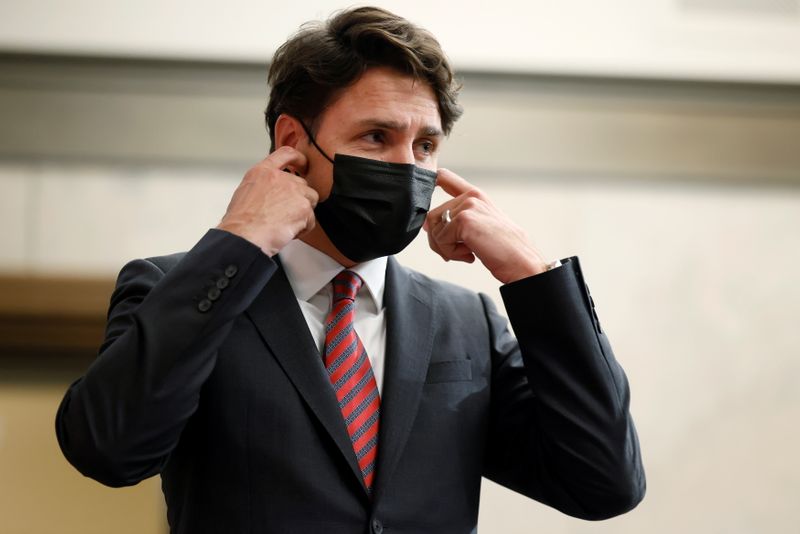 © Reuters. FILE PHOTO: Canada’s Prime Minister Justin Trudeau holds a press conference, as he tells reporters that the two Canadian citizens who were detained by Beijing have left Chinese airspace and will arrive back in Canada early on Saturday, in Ottawa, Ontario,

OTTAWA (Reuters) – Canadian Prime Minister Justin Trudeau said on Tuesday that he will swear in his new Cabinet next month, with Chrystia Freeland returning as his finance minister and deputy, after his Liberals were re-elected to their second minority mandate last week.

Trudeau, speaking to reporters in Ottawa, also said the House of Commons would return this fall.

“I have asked Chrystia Freeland to continue serving as deputy prime minister and our minister of finance, and she has accepted,” he said. “We will be swearing in Cabinet in the month of October.”