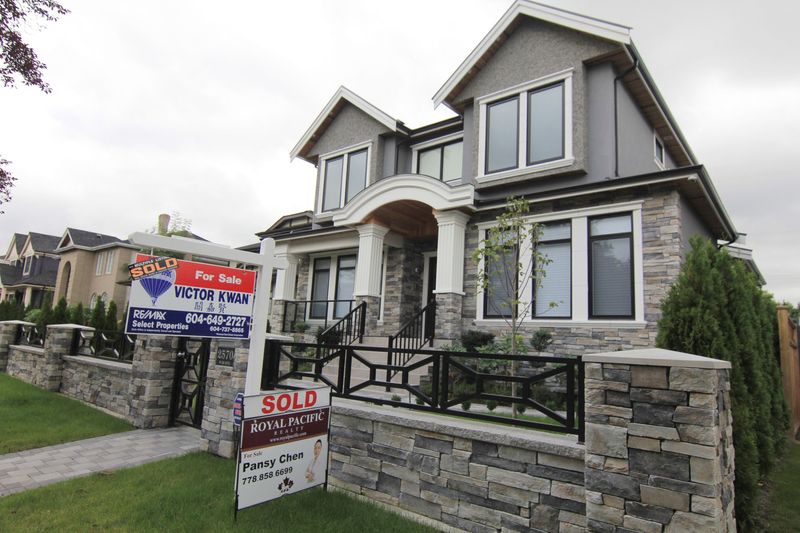 By Nichola Saminather and Julie Gordon

TORONTO (Reuters) – Toronto realtor Nasma Ali has noted a marked slowdown in housing demand in the red-hot Greater Toronto Area over the past few weeks, which she sees as a likely precursor to a reckoning in the suburbs and surrounding towns that have seen blistering price growth over the past two years.

“I had listings that, in January, would have had a 100+ showings,” Ali, chief executive of broker One Group, said. “All of a sudden, we’re only getting five to six in four days. This is a transition period and it’s not for all markets or price points. But we’re seeing it.”

Already, homes listed for sale in supply-constrained Toronto have fallen at a slower pace than sales in February from a year earlier, compared with most of last year when listings lagged sales.

The slowdown in major cities like Toronto and Vancouver and their surrounding areas appears to be gathering steam, driven by a confluence of factors.

For a related graphic on Canada home sales and new listings, click https://graphics.reuters.com/CANADA-HOUSING/SALES/akvezjangpr/chart.png

Money markets are betting the central bank will increase its policy rate to 2.25% by year-end, up from a current 0.5%. [BOCWATCH]

“This is the most dramatic increase in five-year fixed rates that I can remember, and I’ve been in this business for two decades,” said David Larock, a mortgage agent at Integrated Mortgage Planners. “I’m starting to see purchase and sale agreements come in with financing conditions, which has been unheard of in the last couple of years,” he said.

Marnie Bennett, owner of Bennett Property Shop Realty in Ottawa, said she has seen a shift in the market, particularly at the lower end, as affordability concerns dissuade first-time buyers, and investors cash out near the peak.

“It’s only because interest rates are so low that there’s any affordability left,” said BMO Capital Markets Senior Economist Sal Guatieri. “But that affordability will erode pretty quickly,” he said, adding the central bank’s rate hikes “will douse the flames somewhat.”

While that is unlikely to cause major damage to household finances, it will put pressure on marginal buyers, he said.

Pedro Antunes, chief economist at the Conference Board of Canada, expects a decline of about 10% in home prices from peak to trough, driven by the end of pandemic income supports, rising interest rates and the return to more normal consumer spending patterns.

“People are going to start taking their vacation trips south and perhaps not be ready to put quite as much into a new mortgage,” he said.

Despite the softness, both Toronto and Vancouver have seen price growth of 27% and 20% respectively from a year ago. Prices are up 20.6%, on average, nationwide.

“It’s still a seller’s market,” said Toronto realtor Lisa Bednarski at BSpoke Realty. “But what we’re going to stop seeing are the homes that sell for inexplicable amounts above their market values.”

For a related graphic on Canadian house price gains by province, click https://graphics.reuters.com/CANADA-HOUSING/PRICES2/gkvlgqxbkpb/chart.png