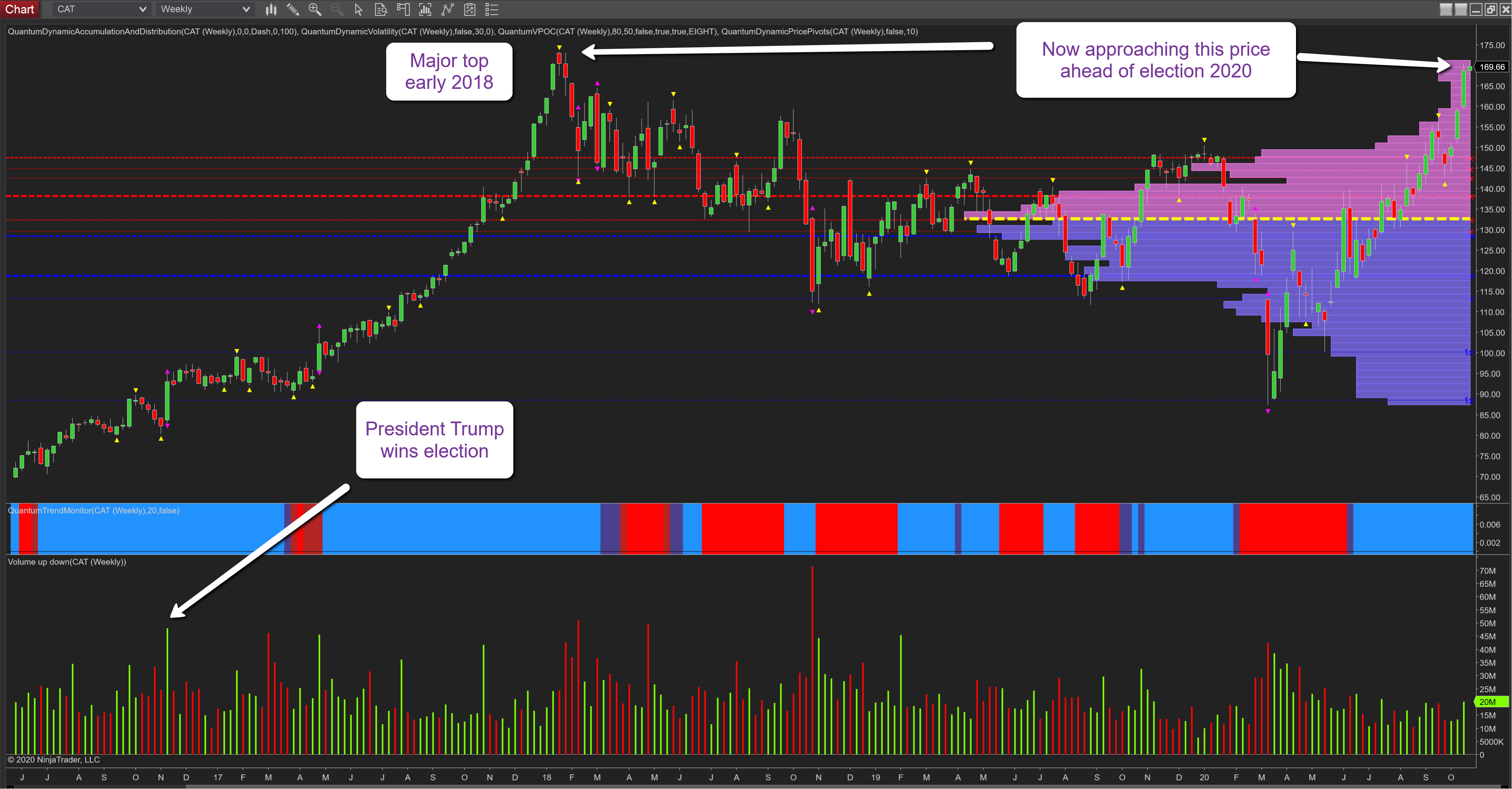 As we rush headlong towards the U.S. presidential election, I thought it would be appropriate to revisit one of my bellwether stocks which is Caterpillar (NYSE:), and indeed one I wrote about a few weeks before the last election four years ago. At the time the stock was trading in the mid 80s dollar per share price area, and with the prospect of major construction whoever won, this would be one to watch and likely to be bullish longer-term which was indeed the case with the price climbing to a high of $173.24 by late 2017. So an excellent return.

Since then the stock has been on a roller coaster ride, returning to the levels of 2016 earlier this year, before the volatility in March triggered buying by the market makers, leading to a strong recovery, and we are now approaching the levels following the Trump victory and we are once again at $169.66 at the time of writing.  So we have come full circle and completed the cycle of one Presidential term.

And as we can see on the chart the stock is at a key technical level given the failure from this area in the past, but judging by the volume and price action of last week, which saw the stock rise strongly on good volume, the outlook for a break above this level looks promising.

For the stock, we have two key events in the next couple of weeks. First are due on the Oct.27 with a forecast of $1.10 per share. This is significantly higher than for the last quarter at $0.66 EPS and reported at $1.03 which exceeded expectations by some distance but below those of 2019. So a modest target this time around which looks achievable.

Second of course is the election itself and as a bellwether of construction, should the Democrats win, much will depend on whether they gain control of both houses allowing them to drive through major infrastructure spending.  We will see, but from a technical perspective, the outlook for this stock remains bullish.