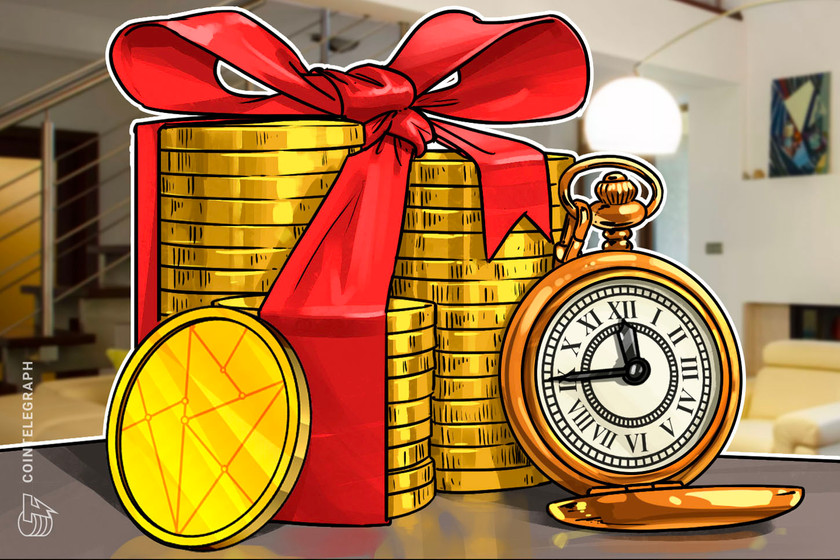 The founder of the crypto payments network Celsius has gifted his wife a large portion of the token supply, reducing his own enormous stake in the process.

I gave my wife @KrissyMashinsky a very special present of 15,000,000 CEL tokens for her very special birthday. She has been with me through it all and ALWAYS supported me even when I made silly mistakes. I love you Krissy and could not have done @CelsiusNetwork without you. https://t.co/CXdzUBpH9k

The move has shifted the balance of the top CEL token holders list, as observed by Twitter user “Kevin Hodl.” Mashinsky is still at the top, but now his wife would be the third largest token holder according to the list.

The community have been pondering the token shift, with one Twitter user called “Bitcoin Giraffe” stating:

“What concerns me more is the amount that he has. It puts a whole new definition to whale.”

The move seems a little unusual, as under marital law (unless there is a prenuptial agreement) she is entitled to half of Mashinsky’s assets anyway. Krissy Machinsky runs a company called USA Strong, which uses blockchain to ensure that products claiming to be made in America actually are.

Celsius, which completed a successful initial coin offering in March 2018 valued at $50 million, is a centralized crypto credit platform with a mobile app that allows users to earn interest on stablecoins and a number of cryptocurrencies.

The platform borrows from one set of clients and issues crypto collateral-backed loans to institutional clients while collecting the difference in interest. Eighty percent of the returns generated is paid to members and the community, while 20% goes to Celsius.

It is essentially DeFi-style lending with regulatory compliance and CEO Mashinsky in control.

In June 2020, Celsius completed a $20 million fundraiser from the crypto community. Mashinsky did not inform private equity holders about the gift. According to the official website it has processed over $8.2 billion in loans, has over 200,000 active users, and almost $1.6 billion in community assets.

CEL token prices have been performing well recently and hit an all-time high of $1.38 on October 10 according to Coingecko. Since the beginning of the year, CEL tokens have surged 880% to their current price of $1.33. There is currently a circulating supply of 361 million tokens out of a total of 695 million.