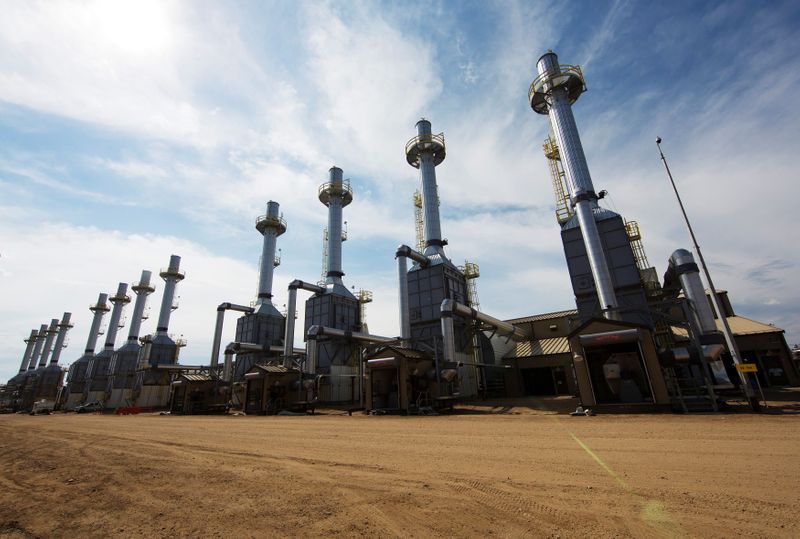 By Rod Nickel and Jeff Lewis

The C$3.8 billion ($2.9 billion) combination announced Sunday, the largest Canadian oil and gas deal in nearly four years based on enterprise value, may pressure peers to get bigger or sell.

Such deals represent a need for greater access to capital, as lenders have little appetite to fund mid-sized producers, Bushell said. Cenovus, the third-biggest Canadian producer by output, narrows the gap with top producers Canadian Natural and Suncor Energy (TO:) by acquiring Husky.

Canada’s problems, however, trace to 2014, the previous big price dip, as foreign oil companies have sold assets and investors withdrawn from a sector dogged by high costs and emissions.

Major Canadian producers begin reporting this week quarterly earnings that are expected to be an improvement over the first half’s losses.

Along with integrating the companies, Pourbaix said he will identify non-core assets to eventually shed.

“We’re like the dog that caught the car,” he said. “We have a lot of hard work ahead of us.”

The deal may be only the first major tie-up of the pandemic, said Eric Nuttall, senior portfolio manager of Ninepoint Partners. MEG Energy (TO:), a mid-tier producer that Husky sought to buy in 2018 before abandoning its bid, looks like a target again, said Nuttall, who holds MEG shares.

“If someone wants scale and a very high-quality asset and is able to take on the debt, MEG’s the last large asset available,” he said.

An industry source familiar with the Cenovus-Husky deal said that talks started months ago, after the pandemic struck.

Discussions for the tie-up – code-named Purple to represent the combination of company colors, red and blue – got serious only a couple of weeks ago, said the source.

The combination has long been an idea that investment bankers pitched, matching Cenovus’ Alberta heavy oil production to Husky’s Midwest refineries, said Dan Tsubouchi, principal at SAF Group, a firm that invests in energy companies and lends to them.

The deal may have a downside though.

Bushell was surprised Cenovus would acquire Husky given its poorer record on environmental social and governance (ESG) issues.

“As these companies are desperate for social license, only the very best in my opinion will receive any inkling of support from institutional investors,” he said.

“In buying up more high-carbon reserves, Canadian oil companies are gambling that the world will fail in the fight against climate change,” he said.