This article was written exclusively for Investing.com.

The looked to end a two-day selloff as it was trading higher at the time of writing, along with all the other yen crosses. The surprised absolutely no one with its inaction. Governor Haruhiko Kuroda said nothing we didn’t already know, i.e. that the Japanese economy remains in a bad state but activity will be picking up amid vaccine progress.

With the BOJ remaining among the most dovish of central banks out there, you would think that the USD/JPY should have been rising sharply this week in light of the surging in the US, which is putting pressure on the Fed to taper QE.

Yet, the USD/JPY chart has been printing bearish price action after breaking out to a new high on the first day of July. Since then, each time the USD/JPY has tried to break higher, it has failed. The key turning point came when price took out short-term support at 110.45, a level which has since turned into resistance upon re-test. The bullish trend line, which has been in place since the start of the year, has also been taken out. 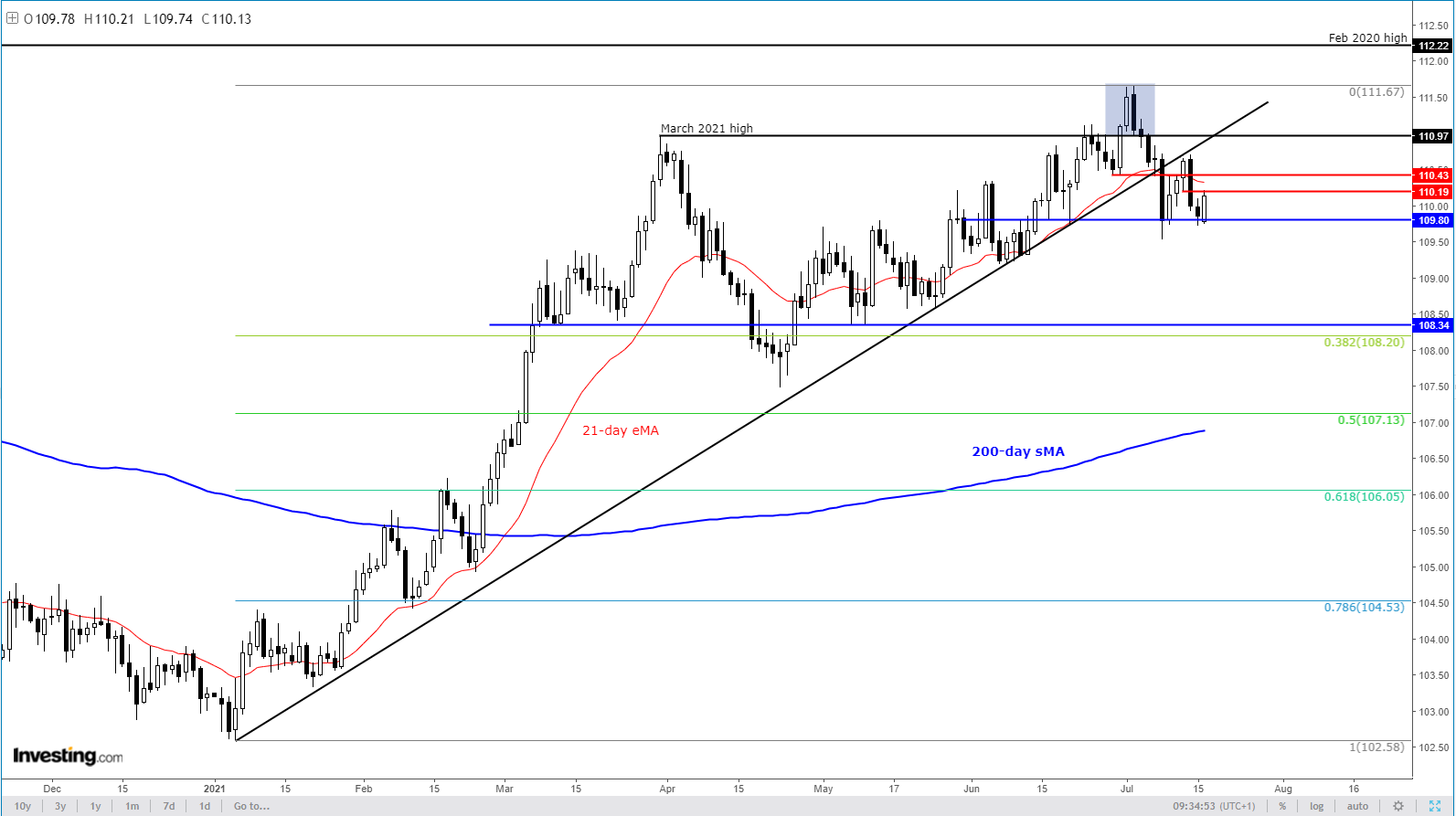 So, while the diverging US and Japanese economies may point to a rising exchange rate, price action is not. It is perhaps a reflection of the mild risk-off tone observed across the financial markets in recent days, with the major indices pulling back from recent highs amid tapering of QE and valuation concerns, at a time when the Delta variant of Covid-19 is on the rise. The Japanese yen being a safe-haven currency has managed to find some support in response.

With that in mind, how do you trade USD/JPY?

Well, if you are a short-term trader, going with the flow makes more sense than fighting the trend. In other words, look to fade short-term rallies into resistance, such as 110.20 and 110.40, until that strategy fails to work.

If going long the USD/JPY makes more sense to you because of the diverging US-Japan macroeconomic outlook, then what you need is a bullish trigger. This could be in the form of the broken trend line being re-captured or a key reversal pattern being observed at lower levels. It is important that you wait for that trigger to happen before looking for long setups given the above technical damage. It is also worth watching the positively-correlating stock indices at the same time.

Overall, price action is not looking great for the USD/JPY bulls, and they should proceed with some caution until the short-term trend of lower lows and lower highs end. But it could be a long wait as we don’t have much in the way of fresh catalysts until the FOMC’s next meeting, scheduled for July 28.