China hits 26% of 2020 target for U.S. energy imports under trade deal By Reuters 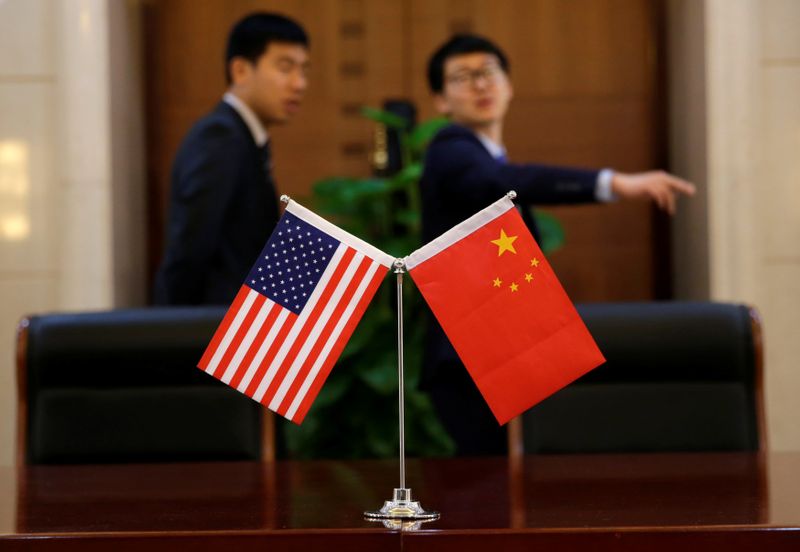 © Reuters. Chinese and U.S. flags are set up for a signing ceremony during a visit by U.S. Secretary of Transportation Elaine Chao at China’s Ministry of Transport in Beijing,

BEIJING (Reuters) – China has accelerated imports of crude oil, propane and liquefied (LNG) from the United States since July, but total energy product purchases through October remain far short of targets for 2020 set out in the Phase 1 trade deal with Washington.

Over the first 10 months of 2020, China’s purchases of oil, LNG, propane, butane and other energy products totalled $6.61 billion, about 26% of the $25.3 billion target, according to Reuters calculations based on Chinese customs data.

While the gap to the target is unlikely to be bridged by year-end, U.S. and Chinese trade officials reaffirmed their commitment to the deal in August, and China’s imports of U.S. energy products have increased sharply the second half of the year.

The $6.61 billion accrued through October marks a five-fold jump from the $1.29 billion amassed by end-June.

Imports of propane, a key component of liquefied petroleum gas (LPG) used as fuel for cars, heating and to produce petrochemicals, grew at the fastest pace of all major energy products since July.

LNG demand is also expected to be firm through winter as Beijing continues to replace coal with gas and as the country liberalizes its pipeline network.

China’s crude oil imports from the U.S. hit a record 12.5 million tonnes through October, worth $3.88 billion, but the pace of U.S. purchases is expected to slow through the remainder of 2020 as top suppliers Saudi Arabia and Russia target increased flows to the top oil importer.