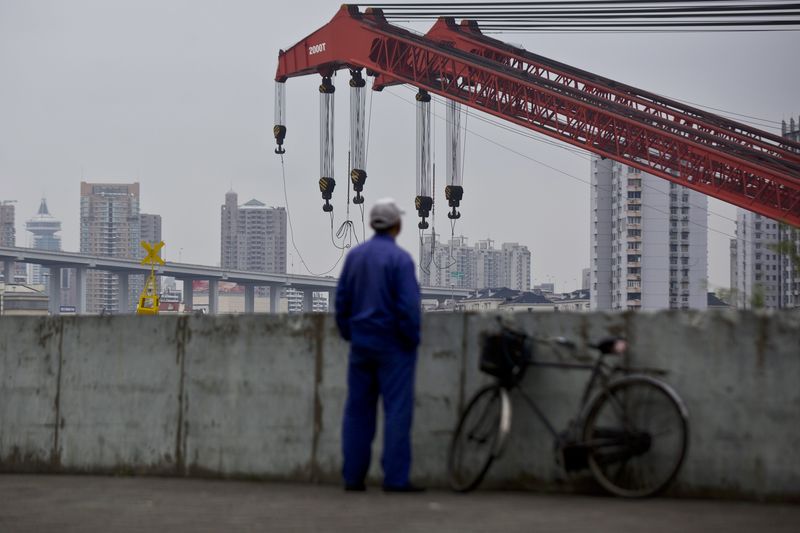 Investing.com – China continued to see factory activity growth on its path towards economic recovery from COVID-19, but the pace of the growth slowed slightly in October.

The for October rose to 53.6, beating the predicted 53 in forecasts prepared by Investing.com and September’s reading of 53, according to data from the National Bureau of Statistics (NBS) released earlier in the day.

The data follows the growth reported in Saturday’s and PMIs, which rose to 51.4 and 56.2 respectively. Although the manufacturing PMI was slightly down from September’s reading of 51.5, it beat the forecast 51.3 figure. The also grew 55.3%, more than the forecast 55.1%.

The positive data, particularly for new export orders (which rose to 51.0, improving from September’s 50.8), is a good indication that the trade figures will also be strong, China Everbright (OTC:) Bank analyst Zhou Maohua said in a note. However, the spread of COVID-19 outside China could increase uncertainties for Chinese exports over the next few months, he added.

With Europe and the U.S. battling a second wave of COVID-19 cases, and the U.K. becoming the latest country to re-introduce lockdowns after France and Germany, the dim global outlook could well impact China’s own economic recovery.

Although pent-up demand, stimulus-driven infrastructure expansion, and a surprising resilience in exports continue to drive the country’s economic recovery after a COVID-19-induced lockdown earlier in the year, the data showed that smaller firms slipped back into contraction at 49.4 from September’s 50.1 and unemployment continues to hamper the recovery. Employment fell to 49.3 in October from September’s 49.6.

However, some investors remained positive.

Some companies reported that the resurgence of the epidemic overseas had lengthened procurement periods for imports of raw materials and increased transport costs, he added in a NBS statement released with the data.

China also continues to deal with re-emerging clusters of the COVID1-19 virus in the country, but the number of cases remain low and daily life in the country is returning to normal.

Investors now await the and trade data, including and , due later in the week.