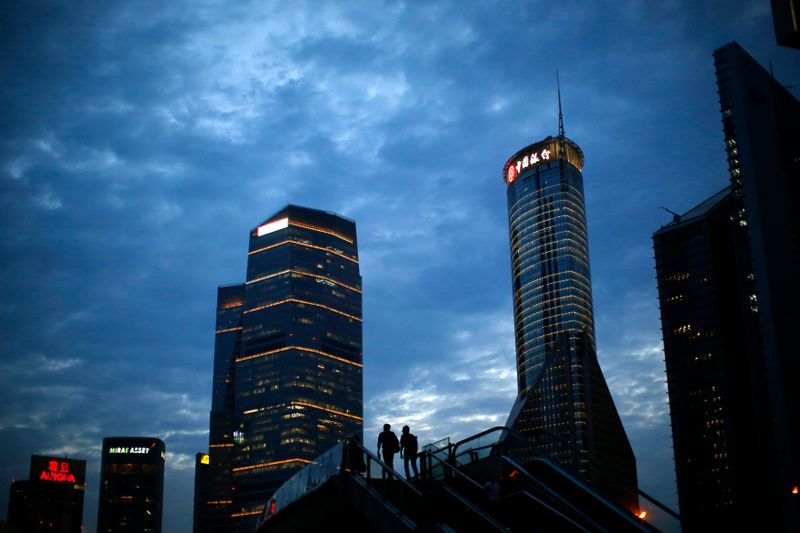 © Reuters. Men walk on a bridge at Pudong financial district in Shanghai

BEIJING (Reuters) – China’s fiscal revenues grew 4.7% in the third quarter from a year earlier, reversing a 7.4% drop in the previous quarter, the finance ministry said on Wednesday, as the country’s economic recovery picked up pace.

China’s economy in the July to September quarter expanded by 4.9% from a year earlier, weaker than analyst expectations but faster than the second quarter’s 3.2% growth.

Liu Jinyun, a finance ministry official, told a briefing that tax receipts could get a boost from China’s continued economic rebound in the fourth quarter.

“The decline in accumulative fiscal revenues will gradually moderate,” he said.

In July, China’s cabinet said it would allow local governments to use part of the money they raise from special bonds this year to recapitalise some small banks.