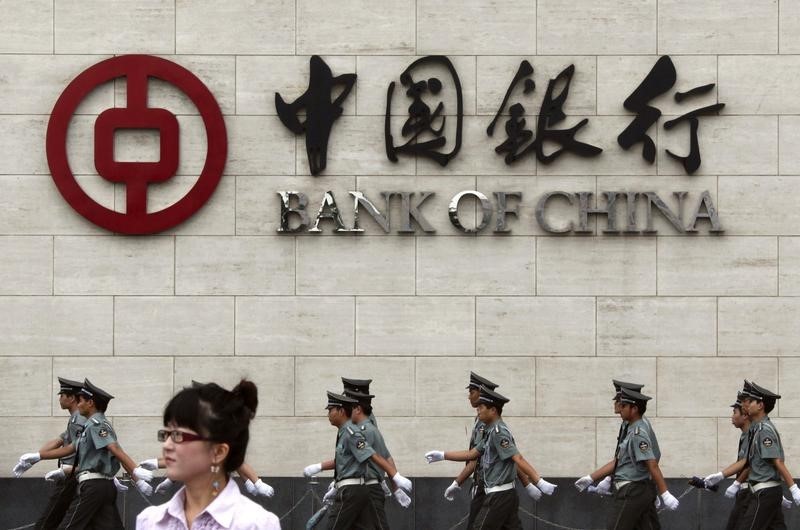 Bank of China Ltd. reported a 13% increase in third-quarter profit, while Bank of Communications Co. delivered a 38% gain, according to filings on Friday. Both lenders saw a decline in their non-performing loan ratios from the end of last year.

After being enlisted to help millions of struggling business with cheap loans during the pandemic, the closely managed $52 trillion banking industry staged a comeback along with the economy this year. But it now faces renewed risks as the nation’s housing market is teetering after Beijing clamped down on easy credit, which along with electricity shortages dragged down economic growth in the latest quarter.

“We maintain our forecast for a marked slowdown in China’s property sector and overall economy and a further increase in credit defaults and non-performing loans,” Nomura Holdings (NYSE:) Inc. economists led by Ting Lu wrote in an Oct. 25 note. “To counteract the strong growth headwinds, we expect Beijing to step up monetary and fiscal easing, but it is unlikely to ease its unprecedented tightening measures on the property sector and industries with high carbon emissions and high energy intensity.”

China’s real estate market has been rocked by a debt crisis at China Evergrande Group after a multi-year campaign by officials in Beijing to cut leverage and prevent a bubble. The sector is now driving a record surge of defaults in China’s bond market.

Chinese banks had more than 51.4 trillion yuan of outstanding loans to the real estate sector as of September, an increase of 7.6% from a year earlier. The exposure was more than any other industry and accounted for about 27% of the nation’s total lending, according to official data.

Overall, about 41% of China’s banking system assets were either directly or indirectly associated with the property sector by the end of last year, and any slide in property prices may lead to knock-on effects on asset quality due to higher default rates in related sectors and lower collateral value, according to Citigroup Inc (NYSE:).

Even so, regulators have vowed to keep the curbs on the property market, dismissing concerns that the crisis enveloping Evergrande will have any major impact on the credit profile of the sector. While officials have told banks to speed up mortgage lending again, the central bank has indicated that contagion risks from Evergrande are “controllable” and exposure at individual financial institution is limited.

China’s central bank has pushed almost a trillion yuan into the banking system over the past two weeks to to cope with month-end needs such as corporate tax payments and local debt issuances.

Meanwhile, China is stepping up efforts to strengthen its financial system by imposing tougher capital requirements on 19 banks designated by the central bank this month as “systemically important.” ICBC, Construction Bank, Agricultural Bank and Bank of China are facing capital surcharge of 1% on top of the minimum core tier-1 ratio, a requirement less onerous than other banking systems including in Singapore.

“This reflects the authorities’ gradual approach to strengthening financial stability because of the potential negative effects a more stringent capital regime might have on growth,” Moody’s Investors Service analyst Nicholas Zhu wrote in a note.