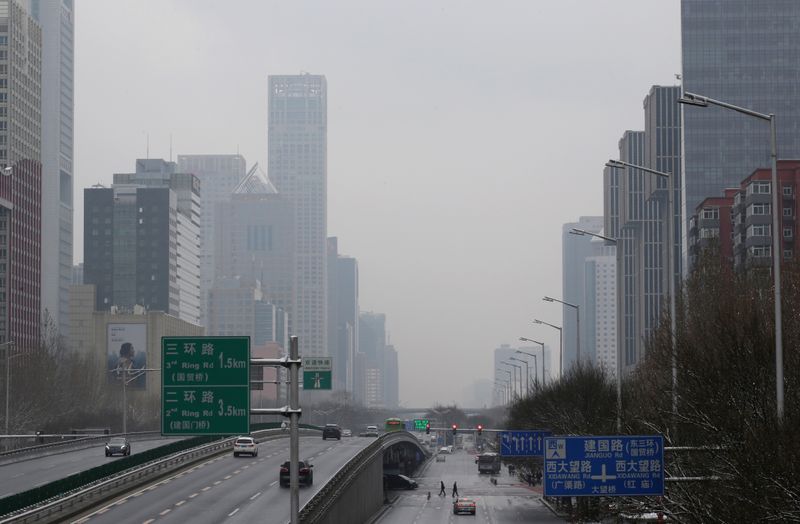 BEIJING (Reuters) – The recovery in China’s service sector activity extended into a sixth straight month in October, an industry survey showed on Wednesday, with hiring picking up to the highest level in a year but overseas demand slipping.

The Caixin/Markit services Purchasing Managers’ Index (PMI) rose to 56.8 from September’s 54.8, the highest reading since June and staying well above the 50-mark that separates monthly growth from contraction.

The services sector, which accounts for about 60% of the economy and half of urban jobs, had initially been slower to return to growth than large manufacturers, but the recovery has gathered pace in recent months.

“The second wave of coronavirus infections in Europe and the third wave in the U.S. have significantly suppressed China’s overseas demand,” said Wang Zhe, senior economist at Caixin Insight Group, in comments released alongside the survey.

But firms hired more for the third month in a row and at the fastest pace since September 2019, indicating a strengthening recovery in a labour market hit hard earlier in the year by measures to curb the spread of the coronavirus.

Service firms were highly optimistic about business prospects, with a sub-index for confidence in the year rising to the strongest level since 2012.

The official PMI showed activity in China’s services sector expanded at the fastest pace since 2013 in October.

Pent-up demand, stimulus-driven infrastructure expansion and surprisingly resilient exports have propelled China’s rebound, though the global outlook is dimming as many Western countries battle renewed surges in the virus that causes COVID-19, with some going back into virus lockdowns.

“In the coming months, a continued recovery of the Chinese economy is highly likely, but it is necessary to be cautious about the normalisation of monetary and fiscal policies in the post-epidemic period,” Wang said.

China’s economy grew a weaker-than-expected 4.9% in the third quarter from a year earlier. It is expected to expand around 2% for the full year – the weakest in more than three decades but still much stronger than other major economies.