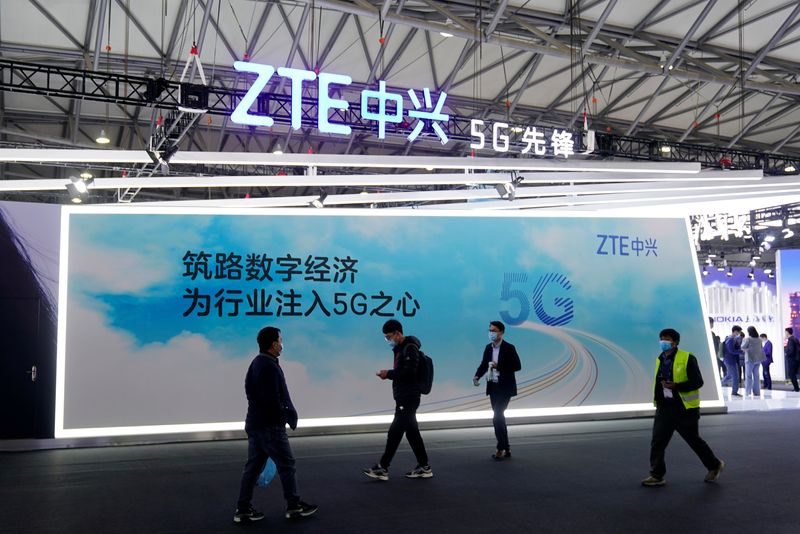 (Reuters) – ZTE Corp (HK:)., the Chinese telecom equipment maker, will go back to U.S. federal court March 14 to face a new accusation it may have violated its probation from its 2017 guilty plea for illegally shipping U.S. technology to Iran.

The possible violation relates to an alleged conspiracy to commit visa fraud, according to a March 4 court filing in a Texas federal court.

An indictment unsealed last March charges a former ZTE research director in New Jersey and a professor at the Georgia Institute of Technology with conspiring to bring Chinese nationals to the U.S. with J-1 visas, which are designed for work and study at institutions like Georgia Tech. After arriving the Chinese nationals went to work for ZTE in New Jersey, the indictment alleges.The professor, Gee-Kung Chang, has pleaded not guilty. The status of the ZTE research director, Jianjun Yu, is unclear. ZTE is not charged in the case.

A spokesman for the U.S. Attorney in the Northern District of Georgia, where the visa case is pending, declined to comment.

If ZTE is found to have violated its probation, the ramifications are unclear. But in the past ZTE has faced massive fines and other penalties for running afoul of U.S. authorities.

ZTE agreed to pay $892 million and pleaded guilty in Texas in 2017 to criminal charges for violating U.S. laws that restrict the sale of American-made technology to Iran and North Korea.

A five-year investigation had found ZTE conspired to evade U.S. embargoes by buying U.S. components, incorporating them into ZTE equipment and illegally shipping them to Iran. Investigators also uncovered 283 shipments of telecommunications equipment to North Korea.

At the time, ZTE agreed to three years of probation, a compliance program, and a corporate monitor.

But in 2018, the U.S. Commerce Department said ZTE lied about disciplining executives tied to the wrongdoing and banned ZTE from doing business with U.S. suppliers.

ZTE paid $1 billion and agreed to change its leadership and cooperate with a second 10-year monitor, among other terms, to get the ban lifted.

The Texas judge also extended the company’s probation from the criminal case and the monitor for another two years, until March 22, 2022.