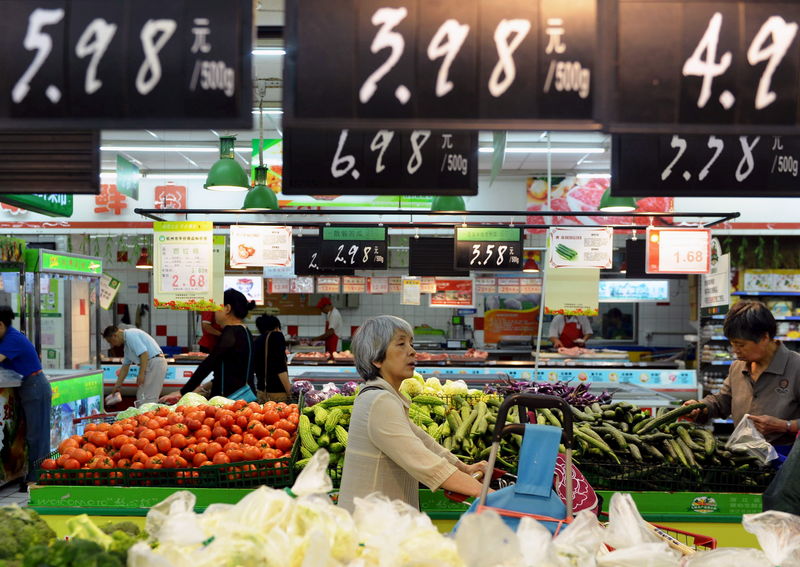 Data from the National Bureau of Statistics (NBS) released earlier in the day showed a Consumer Price Index (CPI) and Producer Price Index (PPI) disappointing expectations. grew 0.5% year-on-year, against the 0.8% in forecasts prepared by Investing.com and September’s 1.7%, the slowest growth since October 2009. It contracted 0.3% , tumbling below the forecast and September’s 0.2% growth.

The contracted 2.1% year-on-year, missing the forecast contraction of 2.0% but remaining level with September’s 2.1% contraction.

Consumer inflation also slumped to a 11-year low, with pork prices halting a 19-month-long period of increases. The long period of growth is attributable to a shortage of the meat, which is popular throughout the country, due to African swine fever. Prices fell 2.8% year-on-year in October, compared to the 25.5% increase in September.

However, some investors remained optimistic, with the Chinese economy expected to post a modest gain for the full year, then gather speed in 2021 over cautious hopes that a COVID-19 vaccine will be made available globally by then.

“We expect both CPI and PPI to be subdued in the fourth quarter … however, inflation will likely rebound after Q1 2021, thanks to the growing post-pandemic demand,” ANZ markets economist Zhaopeng Xing told Reuters.

“Policymakers are likely to look through the volatility in food prices and focus on the recovery in underlying inflation. As such, we don’t think low headline inflation will prevent the People’s Bank (of China) from raising interest rates next year,” the note added.