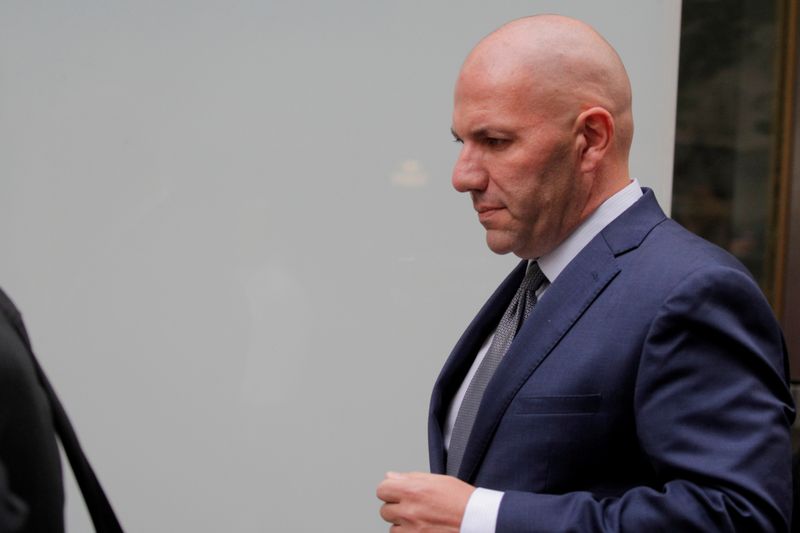 NEW YORK (Reuters) – A change-of-plea hearing has been scheduled for Thursday for a man charged with conspiring with a former associate of U.S. President Donald Trump’s personal lawyer, Rudy Giuliani, who faces campaign finance charges.

The hearing for David Correia was disclosed in a Wednesday docket entry in Manhattan federal court.

If he pleaded guilty, Correia would be the first defendant to do so among four charged last October over the making of illegal contributions to further their interests.

A lawyer for Correia did not immediately respond to a request for comment.

Prosecutors have charged Correia and co-defendant Andrey Kukushkin over an alleged scheme to channel donations to U.S. politicians from a Russian businessman to support a proposed marijuana business.

They have also charged Correia and former Giuliani associate Lev Parnas with conspiring to induce people to plow more than $2 million into their insurance company, but spending much of it on rent, car leasing payments, political donations and other expenses.

Parnas and another former Giuliani associate, Igor Fruman, face separate charges over their alleged use of a shell company to make an illegal $325,000 donation to a committee supporting Trump’s re-election.