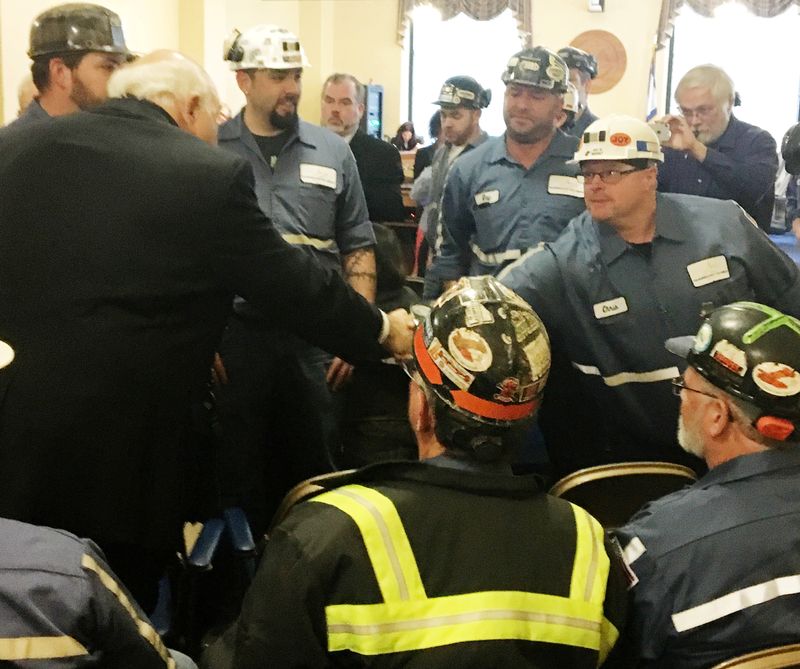 Murray retired on Oct. 19 after 63 years in the coal business, shortly after applying for federal benefits to treat his black lung disease, according to report by West Virginia public radio.

Murray, who worked underground as a coal miner for 16 years, filed a claim with the Department of Labor seeking to access federal benefits to treat his disease, which is caused by prolonged exposure to coal dust, Ohio Valley ReSource, a National Public Radio affiliate, reported on Oct. 1.

Murray, a supporter of Republican Party politics who opposed more stringent coal dust regulations for years, wrote in his filing for benefits from the fund that he was near death and heavily dependent on an oxygen tank.

He died at his home St. Clairsville, Ohio, on Sunday while surrounded by family, WTOV television reported, citing a family spokesman.

As the colorful and outspoken leader of the Ohio Valley company he founded, Murray Energy, he blamed environmental regulation for the decline of the coal business.

While regulations did seek to lessen coal’s impact on the environment, such as contributing to climate change and causing acid rain, coal production also declined due to the rise in relatively cheap .

Murray Energy filed for bankruptcy protection last year and re-emerged as American Consolidated Natural Resources, which bills itself as the largest underground coal mining company in the United States.

Murray remained an unrelenting booster for the coal industry, even after experiencing its dangers first hand.

“I’ve got a birdcage of titanium and vanadium between (vertebrae) C2 and C8,” Murray told Reuters in a 2013 interview, pulling back his collar to show a scar running down the back of his neck, the trace of a past surgery.