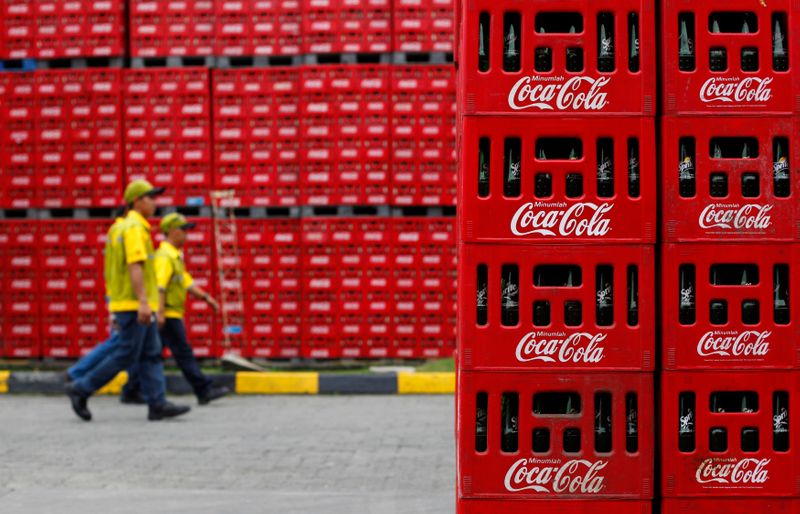 (Reuters) – Coca-Cola Amatil Ltd (AX:) said on Monday that Coca-Cola European Partners (L:) offered to buy the Australian bottler for A$9.23 billion ($6.58 billion), in what would be the country’s biggest deal this year.

The world’s largest independent bottler of Coca-Cola is offering A$12.75 per share, an 18.6% premium to the last closing price of the Sydney-based company that operates across six countries in the Asia-Pacific. The company said that including long-term incentive share rights, the implied equity deal value was A$9.28 billion.

The takeover has the backing of Amatil’s independent shareholders, the company said.

Both companies, which bottle and sell Coca-Cola drinks across their respective markets, have been hit by lockdowns that have squeezed volumes and forced them to look to other channels.

Shares of Coca-Cola Amatil are down nearly a fifth from their 2020 high.

Business in the third quarter has improved, Amatil said, due to an easing of COVID-19 restrictions and a recovery in on-the-go channels such as fast-food outlets, cafes and convenience stores.

“This has particularly been the case in Western Australia and New Zealand … providing insight on the expected shape of the recovery that can be expected,” Amatil Managing Director Alison Watkins said in a statement.