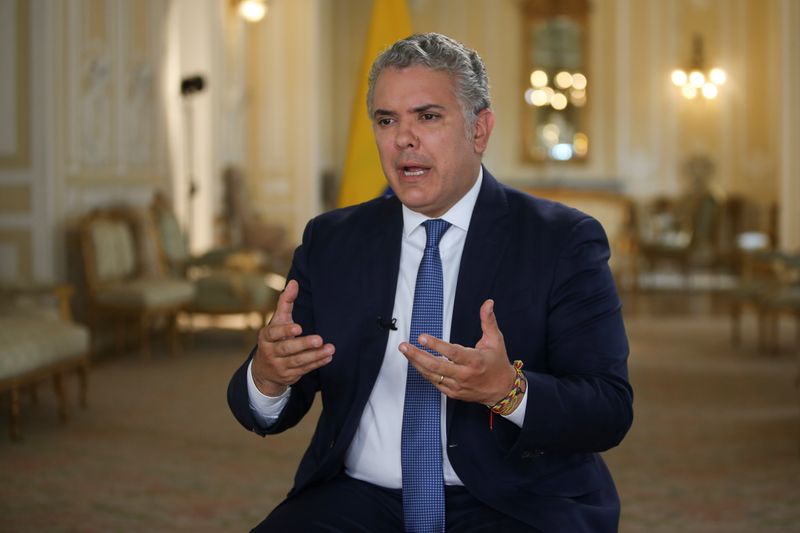 © Reuters. Colombia’s President Ivan Duque speaks during an interview with Reuters in Bogota

The investment plan announced in August under the government of current U.S. President Donald Trump looks to encourage legal economic opportunities in rural zones where armed groups push cultivation of coca – the chief ingredient in cocaine – by joining private investment, technical assistance, and improved infrastructure to forge links with markets.

“We’re going to maintain that strategic, bipartisan and bicameral relationship, while always seeking to strengthen it for the benefit of both countries,” Duque said, adding Colombia has always had the support of Democrats and Republicans in the U.S. Congress.

The United States is the foremost destination for Colombian exports, as well as the Andean country’s strongest ally in the fight against drug trafficking.

Coca crops in Colombia covered 212,000 hectares (523,863 acres) in 2019, in line with the previous year, although cocaine production capacity rose 8% to 951 metric tons a year, according to the White House’s Office of National Drug Control Policy.

Under anti drug-trafficking initiative Plan Colombia, the United States gave billions of dollars to the South American country in military and social assistance.